20th Anniversary video is out 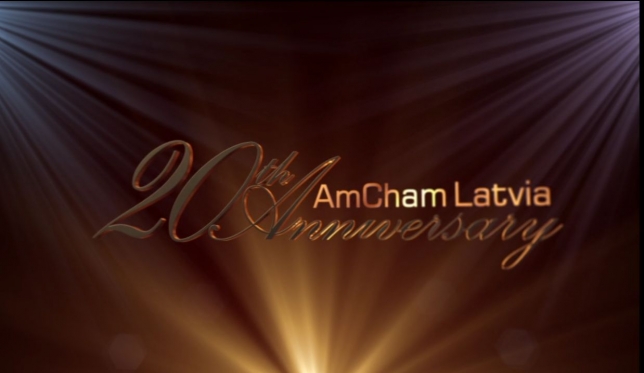 In honor of the 20th Anniversary of AmCham Latvia, we released a video.

Watch what our past and present officers say about the Chamber:

AmCham Vice President Romans Baumanis (2008-2010): "AmCham has grown to become one of the leading foreign chambers of commerce in Latvia. We focus on quality, and we want to lead by example and we have set the bar rather high. Our aim is to maintain focus, quality level and leadership and to continue scoring success."

Former AmCham President Raimonds Slaidins (2002-2006): "The key behind AmCham's success is people. It really depends on the people involved in the organization and it is just a matter of continuing with drive for professional excellence".

Former Vice President Sol Bukingolts (1993-2005): "AmCham is a strong business voice, and it has a very bright future. We just have to be very precise in understanding how we have to adjust to the new world, how we can contribute more and what can we get out of the culture that we are in by creating a much better future together."