The wind of change is here 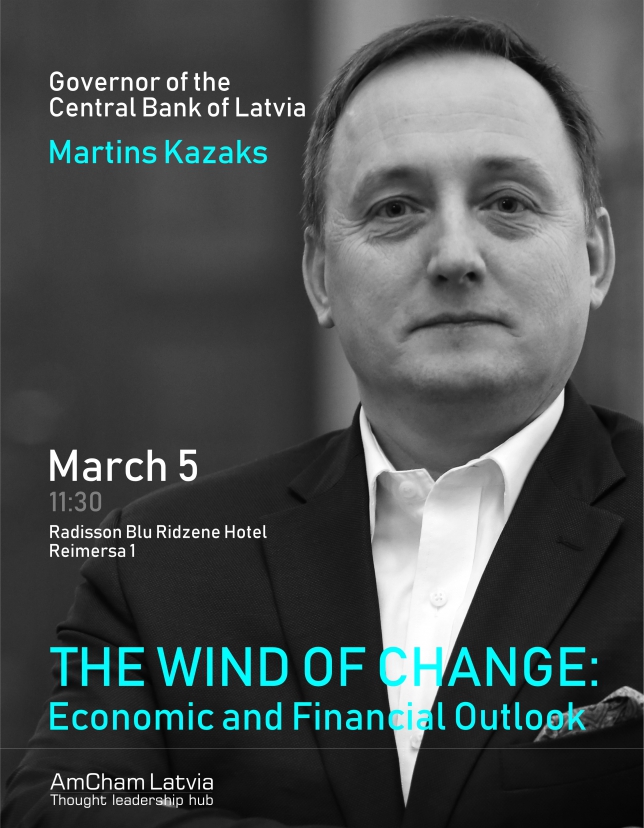 He pointed out that Latvia's economic growth slowed down to 2.1% last year and it has reached its critical peak. Global economy is still slightly growing despite of recent changes in financial markets effected by created by the corona virus outbreak and will its impact on the economic growth projections for Latvia this year. The forecast for 2020 has been affected by a less favorable situation on foreign markets and less favorable developments in several key sectors of Latvian economy, including transport and construction, as well as a significant increase in external risks. Banking and financial sector are the ones that can be impacted and controled by local institutions and entrepreneurs.
According to Mr. Kazāks, the wage growth is needed, however productivity growth is a bit slower than expected. Our task is to think about the ways to push up productivity. The main three areas of imporance for Latvia are: reforms in both education and infrastructure systems and imporvements in heathcare system to ensure longer and healthier lives for our society.