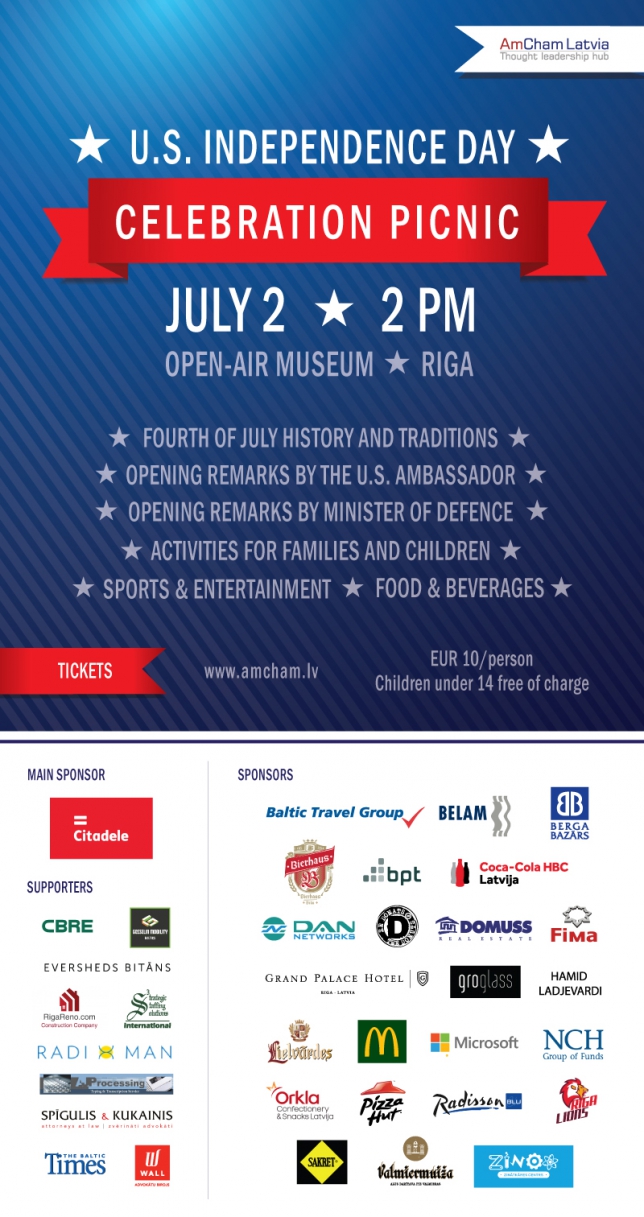 Around 600 people attended a festive family picnic on occasion of the 240th Anniversary of the U.S. Independence Day on July 2 at the Ethnographic Open-Air Museum. The most traditional American event was attended by AmCham members, guests and U.S. citizens. For the first time picnic was organized by the American Chamber of Commerce in Latvia.  It was a real family-friendly outdoor event filled with fun, sports, food and entertainment.
The event was opened by the President of AmCham Arnis Kākulis, joined by the Ambassador of the United States Nancy Bikoff Pettit, the Minister of Defense Raimonds Bergmanis, and Santa Purgaile, board member of Citadele banka - the main sponsor of the event. On the main stage the guests enjoyed musical performances by the Latvian National Armed Forces Orchestra, Riga Voices, and Latvian Line Dancing and Country Vestern Dancing Association. They also had the opportunity to witness science show, take photos with U.S. soldiers and army vehicles, and participate in American Football workshops. Kids were invited to take part in paper rocket building workshops and many other activities.
Picnic concluded with cake cutting ceremony and raffle organized by Baltic Travel Group to give one lucky winner a chance to visit New York City. Many thanks to our sponsors and supporters without whom this event would not be possible!
Photos by Sergejs Skripa.

The Baltic Times
The map of the event is available here.