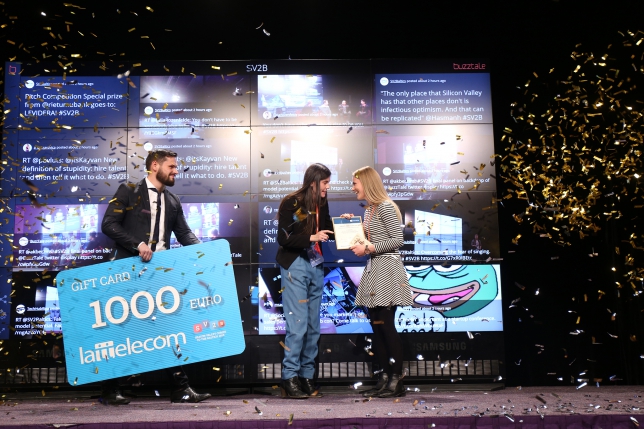 On November 7, 2015, Riga was at the forefront of Europe's start-up scene as it hosted the leading technology start-up event in the Baltics "Silicon Valley Comes to the Baltics" (SV2B). The principal focus of the conference was on "Money", "Growth" and "Talent" - three topics derived from the event's tagline "Money goes where talent grows".

The event brought together more than 650 start-up and tech entrepreneurs and investors as well as media, NGO representatives, and students from more than 20 countries. In addition to that, a number of world renowned speakers also participated in the conference and shared stories of their successes and failures thus inspiring the local entrepreneurs not to be discouraged by initial setbacks.

The conference culminated with the announcement of "Sorry-as-a-Service" - a British apology service provider - as the winner of "TechHub Riga Academy's" start-up mentoring contest. Estonian educational app "Levidera" did not go home empty handed either, as they received a special prize from Rietumu Bank.

Member of the Board of Rietumu Bank, Senior Vice-President Eugene Dugaev:

"It was a great pleasure to host the TechHub Riga Academy sessions at Rietumu Bank's Headquarters. Nine teams of young professionals were practicing their presentation skills in front of the ruthless jury and only 5 were selected to pitch onstage at SV2B conference.

At Rietumu we support FinTech startups that are seeking connections to payment networks and banking eco-system. Although, this time none of the FinTech startups made it to the final, we decided to award the special Rietumu prize to Levidera - the Estonian startup that helps build-up singing skills in a beautiful and simple way.

We believe that the app has the biggest scaling potential and can easily grow to a financial success in the markets like East Asia with long standing singing traditions."

Also as an overture to a conference, Riga Venture Summit on November 6 was held bringing key policy makers and business leaders from the Baltics face-to-face with prominent startup founders and investors. The Summit provided a platform for sharing best policy practices to drive healthy and competitive startup ecosystems on the level of national and city governments.

Silicon Valley Comes to the Baltics started in 2012 in Vilnius, Lithuania with an idea to share the experience and know-how of Silicon Valley.