Seven chambers of commerce welcome introduction to the Euro area 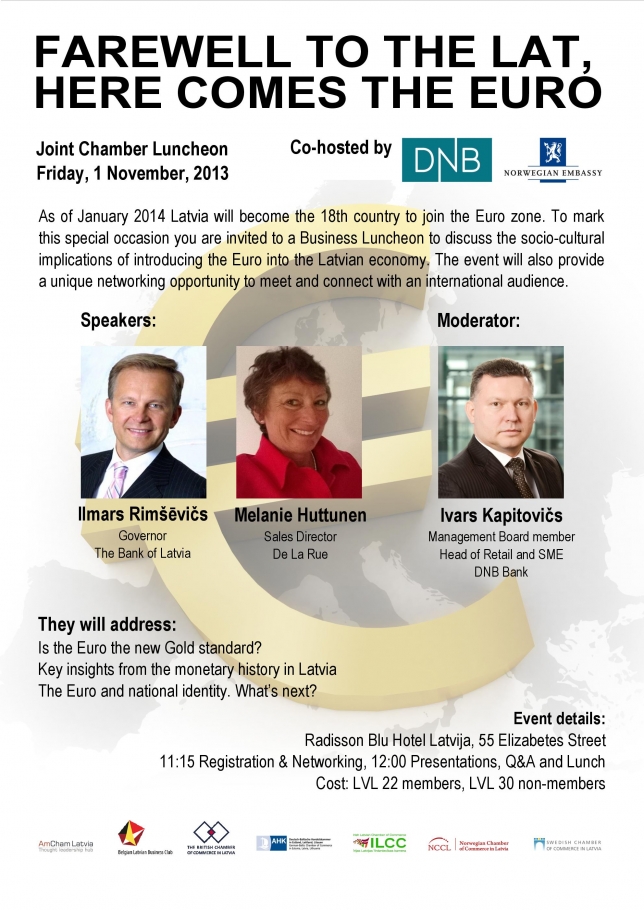 The American, Belgian, British, German, Irish, Norwegian and Swedish Chambers of Commerce in Latvia held a luncheon themed “Farewell to the Lat, here comes the Euro” to discuss the socio-cultural implications of joining the common currency used by more than 330 million people. The event took place on November 1 at the Radisson Blu Hotel Latvija.

Joining the luncheon as Keynote speakers were Ilmārs Rimšēvičs, Governor of the Bank of Latvia and Melanie Huttunen, Sales Director of De La Rue, the world’s leading commercial banknote printer. The event was moderated by Ivars Kapitovičs, Management Board Member and Head of Retail and SME of DNB Bank.

Over 120 guests had a chance to reflect on the monetary history of Latvia and discuss the implications of the Euro accession to the Latvian economy.

The event was co-hosted by DNB Bank and Royal Norwegian Embassy in Latvia.