Outlook to debate effective management of state assets with prominent experts from private and public sectors was co-hosted by AmCham, SSE Riga, Baltic Institute of Corporate Governance (BICG) and Latvenergo. The discussion topic of Maximizing state assets: from money-burn to money-earn emerged from the recent report of state owned assets, conducted by BICG. One of the main conclusions was that there is much room for improvement, and that the Latvian state could raise additional EUR 100 million in dividends annually by increasing efficiency of its companies.

There is a potential and need to collect more money from the SOE sector, said moderator Indars Ascusks. The general consensus from the panelists indicated that in order to succeed, we should be able to get a movement demanding a change.

Juris Puce, State Secretary of the Ministry of Economics presented policy proposals, suggesting reforms to the existing legal framework on how the SOEs are managed. He stated that the roles of supervisors and shareholders are often mixed and non-transparent in Latvia. The strategy proposal currently being carried out by the Ministry suggests to centralize and improve the governance of SOEs and appoint professional supervisory boards.

According to Girts Rungainis, sooner or later the state will have to make a decision to exit from some of its enterprises either partially or fully.
Currently the government doesn’t have political will to sell them, but investment of some private capital would be highly recommended, he stated.
As potential candidates for listing he named Latvenergo, Lattelecom, LMT, airBaltic and CSDD.

When asked how to reduce the risk of corruption in SOEs, Frederick suggested the society to become more demanding and hold the government accountable for the procedures such as independent audits and transparent appointment of board members.

Rungainis suggested to get life back in the economy by starting privatizing SOEs while Frederick told it appears to be a very sensitive issue here and we might need to use emulation and good corporate governance as an intermediate step before privatization. „Let’s walk before running,” he concluded. 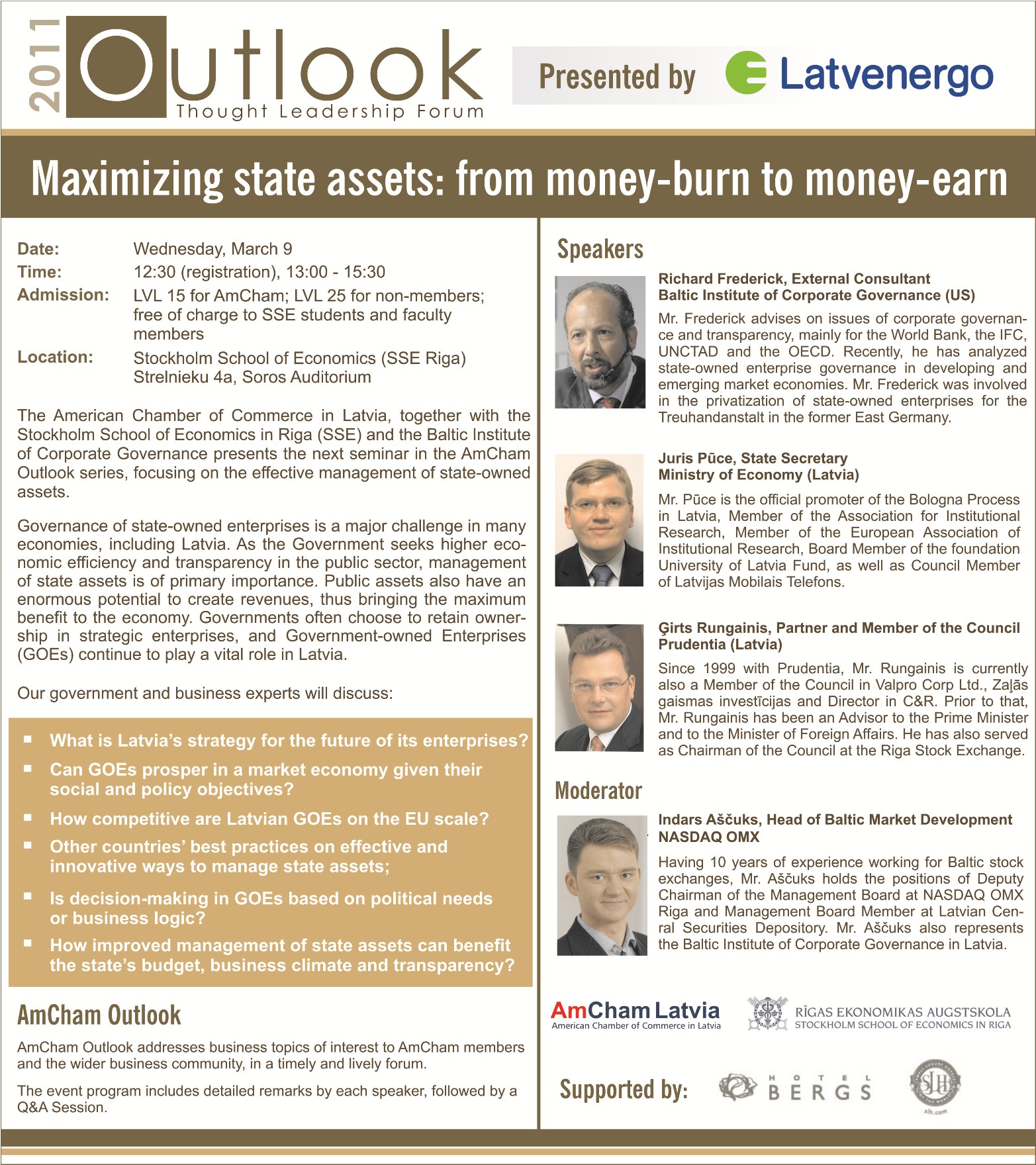