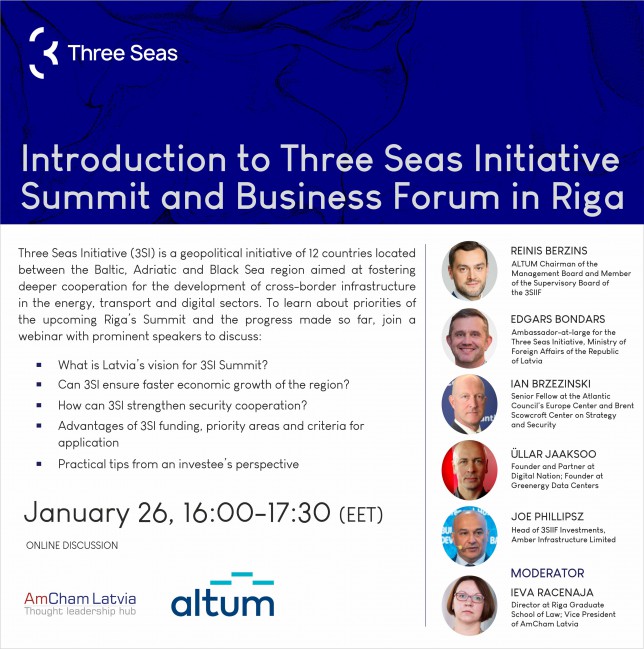 On January 26, AmCham Latvia organized an introductory webinar with prominent speakers representing the Atlantic Council, ALTUM, 3SIIF Investment Fund and others about the priorities of the upcoming Three Seas Initiative (3SI) Riga’s Summit and the progress made so far priorities of the upcoming Riga’s Summit and the progress made so far, as well as to discuss the Latvia’s vision for 3SI Summit, how it will ensure faster economic growth of the region, strengthen security cooperation, the available capital investment, and the main advantages of funding and practical tips from an investee's perspective. We are grateful to ALTUM for supporting the event. Revisit the webinar HERE

The following experts shared their insights on the 3SI Summit:

The event was moderated by Ieva Racenaja, Director at Riga Graduate School of Law and Vice President of AmCham Latvia.

According to Reinis Bērziņš,  Chairman of the Board at ALTUM, 3SIIF compliments ALTUM’s set of propositions as they are very active financier of SME segment. 3SIIF is an opportunity to finance even larger scale projects thus to facilitate the development of digital and energy conscious society, which stretch beyond the borders and are of the great significance for the businesses for participant countries.

We are greateful to ALTUM for joining the event and supporting it.

About 3SI
Launched in 2016, 3SI is a geopolitical initiative of 12 countries located between the Baltic, Adriatic and Black Sea region aimed at fostering closer business cooperation with a primary focus on the development of cross-border infrastructure in the transport, energy and digital sectors. 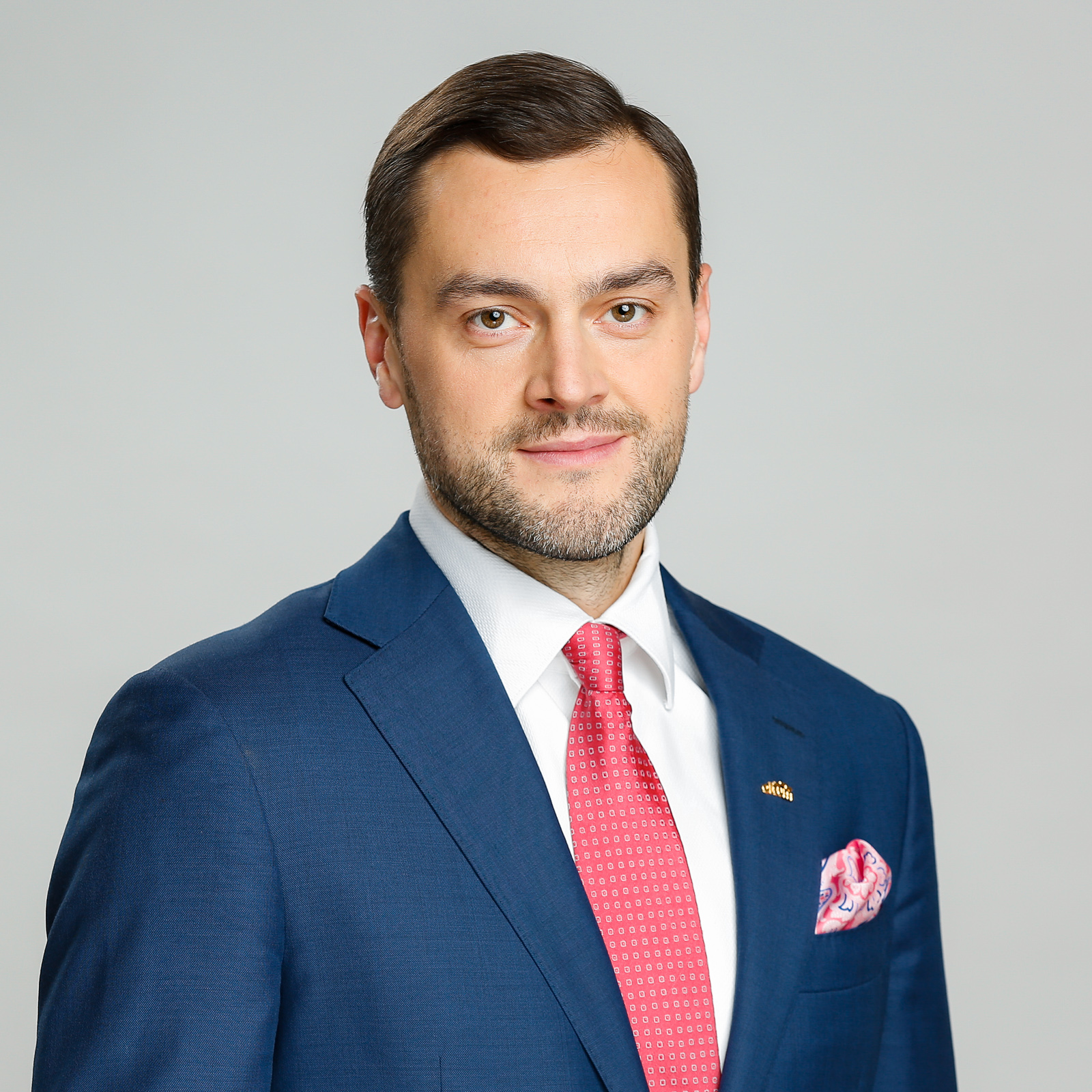 Reinis Bērziņš, Chairman of the Board of Altum. Mr. Bērziņš is a professional in business administration and finance with extensive experience of business and institution management. He has an MBA in International Banking and Finance, Business Management (Swiss Business School) and a degree in law (Riga Graduate School of Law). 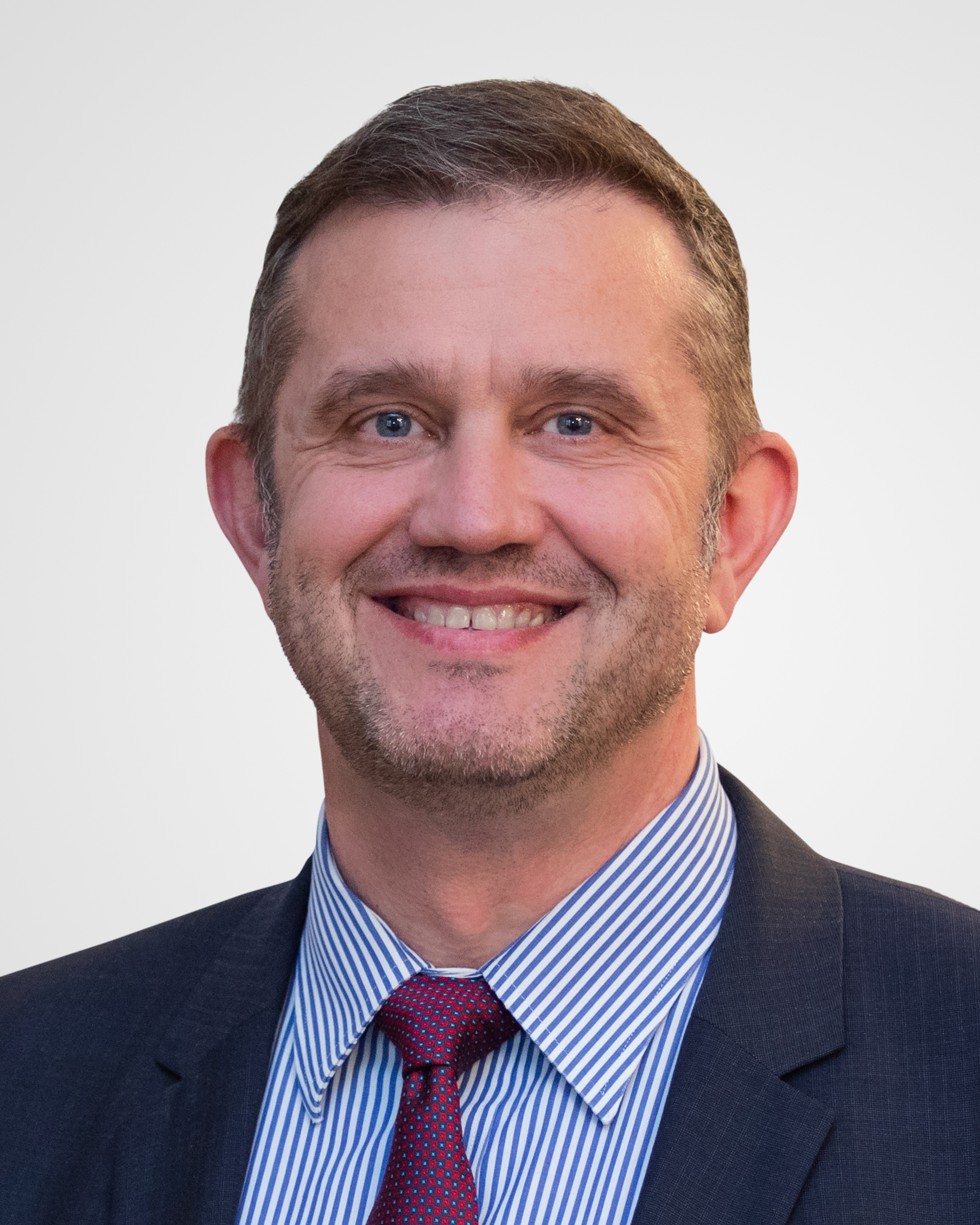 Edgars Bondars is Ambassador-at-Large for the Three Seas Initiative of Latvia and Head of Secretariat for the preparation of 3SI Riga Summit. He has served as Latvia’s Ambassador to countries including Uzbekistan and Poland. 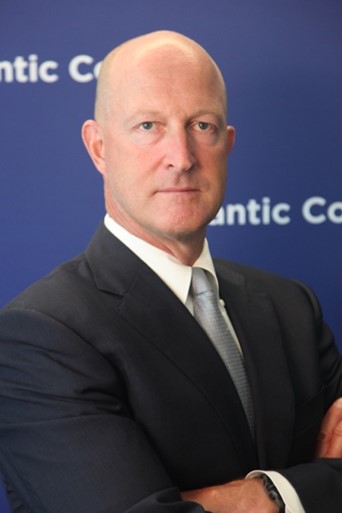 Ian Brzezinski leads the Brzezinski Group, a strategic advisory services firm. He serves as a Senior Fellow at the Atlantic Council’s Europe Center and Brent Scowcroft Center on Strategy and Security. He brings over three decades of experience in U.S. national security matters having served in senior policy positions in the Department of Defense and the U.S. Congress. Mr. Brzezinski served as U.S. Deputy Assistant Secretary of Defense for Europe and NATO Policy (2001-05). 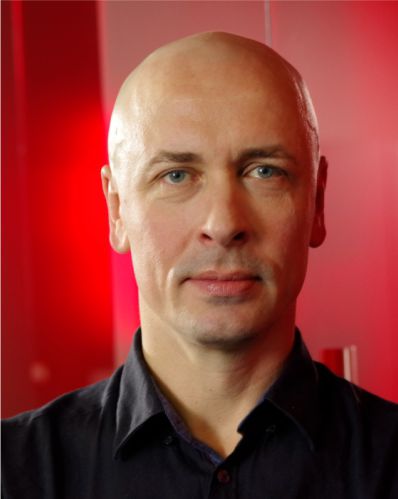 Üllar Jaaksoo, Founder and Partner at Digital Nation; Founder at Greenergy Data Centers
Ullar brings more than 25 years of experience in business development and strategic management in the private sector both in Estonia and abroad. He is an expert on digital society and digital innovation. 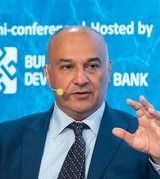 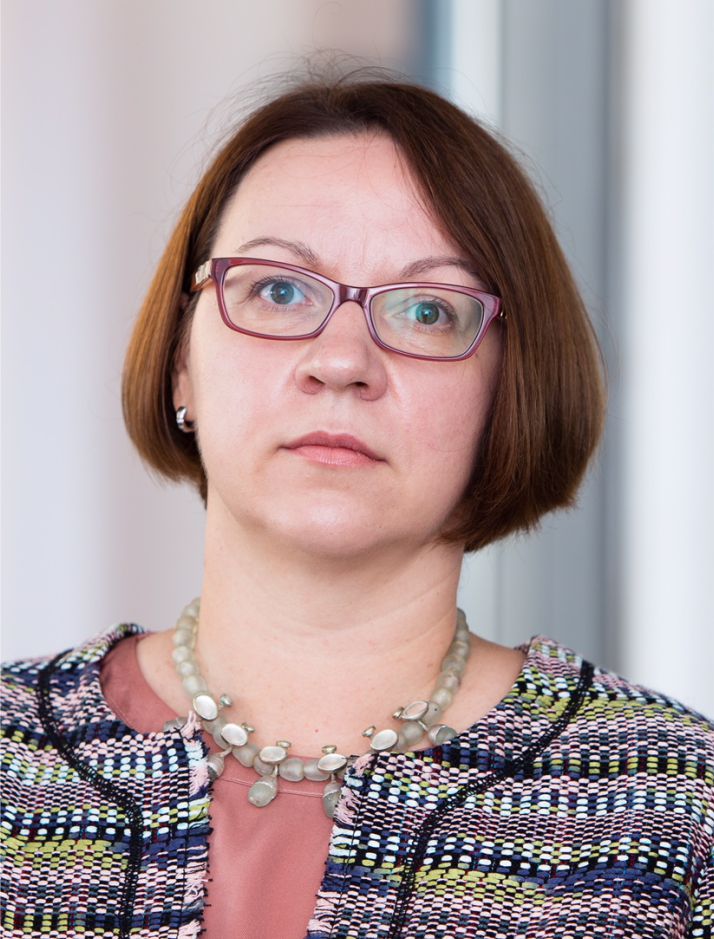 Please register below. Instructions about how to join the webinar will be sent directly to those who have registered.