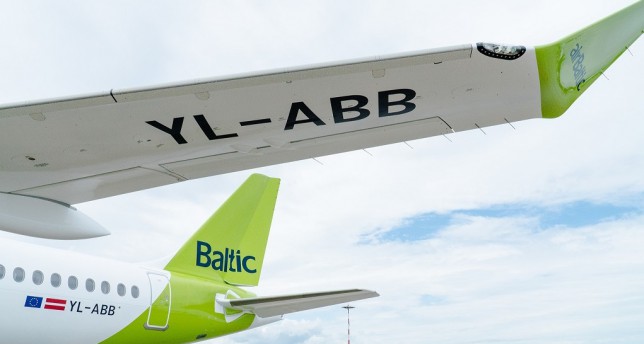 Pauls Cālītis, airBaltic Chief Operations Officer: “RNP AR requires special aircraft equipment, training for pilots as well as authority permission. We received the permission from Latvian CAA and also played an essential role in support Latvijas Gaisa Satiksme in the development of these procedures. Our Airbus A220-300 fleet is equipped with the RNP AR technology, the crews have undergone special training and we are committed to support the environment and with-it the efficiency within the Latvian airspace and in particular at our home base at Riga Airport.”

airBaltic (Air Baltic Corporation AS) is one of the most punctual airlines in the world connecting the Baltic region with over 70 destinations in Europe, the Middle East, and the CIS. airBaltic is a joint stock company that was established in 1995. Its primary shareholder is the Latvian state, which holds 96.14% of the stock, while Lars Thuesen holds 3.86% through his fully-owned Aircraft Leasing 1 SIA. airBaltic operates 27 Airbus A220-300 aircraft. airBaltic has received numerous international awards for excellence and innovative services. Skytrax has awarded Latvian airline airBaltic a five–star COVID-19 safety rating. In addition, airBaltic is one of the Top twenty airlines for COVID-19 compliance by the safety, product, and COVID-19 rating agency Airlineratings.com. In 2017, the airline received the CAPA Regional Airline of the Year award, while in 2018 and 2019 airBaltic received the ATW Airline Industry Achievement Award as the Market Leader of the Year. In addition, in 2019 airBaltic received Sector Leadership Award by Airline Business.