AmCham elects new Board and President 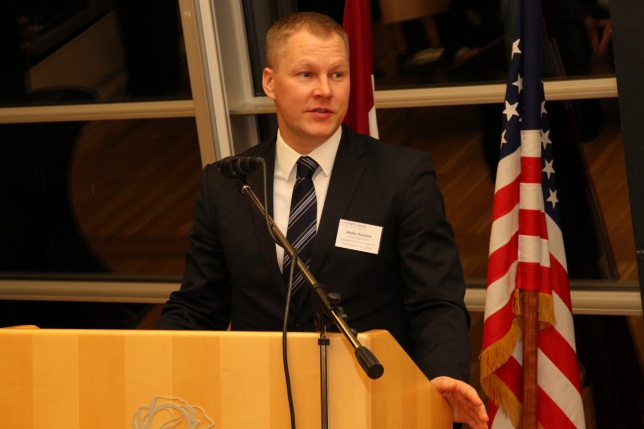 Today during the first board meeting after the AGM new officers were elected. Matiss Kukainis, Partner of Spigulis & Kukainis was elected as the Chairman of the Board and President of AmCham for next year. He has served on the Board since 2008 and has been Vice President since 2010.

Matiss is a Partner at ZAB Spigulis & Kukainis - Law Office. He is a sworn advocate / licensed attorney in Latvia and a licensed Attorney in the state of Illinois, USA. Matiss also teaches business law and international law at various universities at both the graduate and undergraduate level. He is a dual citizen of both Latvia and the United States. He has graduated from Michigan State University with a B.S. in Mechanical Engineering, received a Juris Doctor in law from Michigan State University, an LL.M. in International and European Union Law from the Riga Graduate School of Law, and is currently enrolled as a student in the Ph.D. program at the University of Latvia.

According to Matiss, his goal as the new President is to “maintain the Chamber as a leading forum where the business community of Latvia can exchange ideas, connect with decision-makers, encourage transparency and promote a positive business and investment climate in Latvia, and also foster an environment where people want to live, work and raise their families.”
Share:
< Back to News