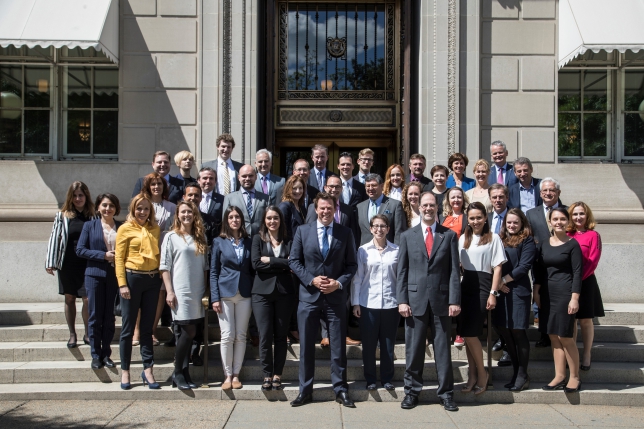 On May 8 – 12, executives from AmChams in Europe gathered in the United States to engage with companies, organizations and key government agencies in order to strengthen partnerships and gain insight into the current U.S. business and political climate. AmCham Latvia was represented by Executive Director Lina Karklina.

Representatives from 33 AmChams participated in the annual conference, which took place in Washington DC and Boston, Massachusetts.

The Washington DC portion of the conference concluded with the annual Transatlantic Reception, hosted by the European Division of the U.S. Chamber of Commerce, and featuring keynote remarks by Daniel Mullaney, Assistant U.S. Trade Representative for Europe and the Middle East.