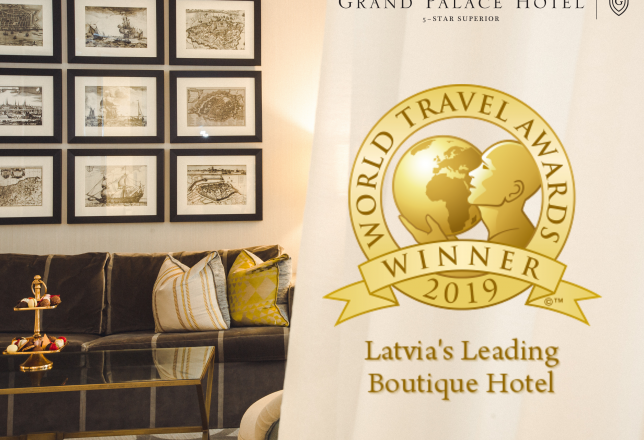 The Grand Palace Hotel, part of the Schlossle Hotel Group, who also operates two hotels in Tallinn, Estonia, is the only member of "The Leading Hotels of the World" in Latvia. The hotel, which completed a full renovation in May 2017, from year to year continues to prove itself as leading 5-star superior hotel in Latvia, not only by getting awards, but also by receiving recognition from guests from all over the world.

World Travel Awards was established in 1993 to acknowledge, reward and celebrate excellence across all sectors of the tourism industry.

Today, the World Travel Awards brand is recognised globally as the ultimate hallmark of quality, with winners setting the benchmark to which all others aspire.

Each year, World Travel Awards covers the globe with a series of regional gala ceremonies staged to recognise and celebrate individual and collective success within each key geographical region.