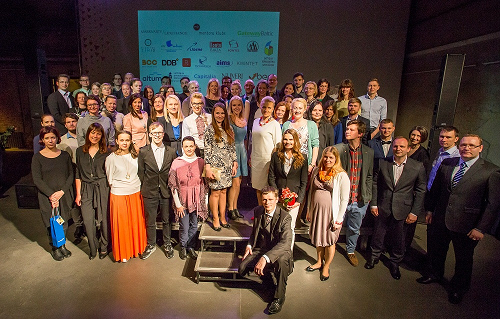 On May 13, the support program "From Investor to Idea" of the Nordea Business School for new entrepreneurs closed its fifth training season. Sixty new and potential entrepreneurs participated in a six month long training. Twenty of the boldest new entrepreneurs successfully presented their business ideas to potential investors.

In a survey of over 100 participants of the last three seasons of the Nordea Business School who tried their hand at business with varying degrees of success, 66% indicated that they continued their business after mastering the program. In turn, approximately 40% managed to attract funding by receiving support from private investors (29%), participating in business incubator programs (10%) or using other alternative sources of funding.

Entrepreneurs who ceased to conduct business named resons such as lack of funding (20% of respondents) and a possibility to resume a paid job (17%). One in ten named both the professional team and the attraction of strong business partners as keys to successful business performance. Over 90% of entrepreneurs mentioned that they would gladly resume their business, naming financial security (31%) and a competent team from the very beginning (26%) as the main motivators for resuming business.

Currently, business is the main source of income for over a half or 59% of surveyed Nordea Business School graduates.

For the fifth year in a row, new and potential entrepreneurs gained valuable knowledge, received practical advice and accumulated experience for six months free of charge to successfully start their business. In assessing over 200 business idea applications, the authors of 60 of the most viable ideas participated in training and one third of them presented their ideas to potential investors.

More information is available at www.nordea.lv/biznesaskola.