Eager to lead and promote the organization in Latvia 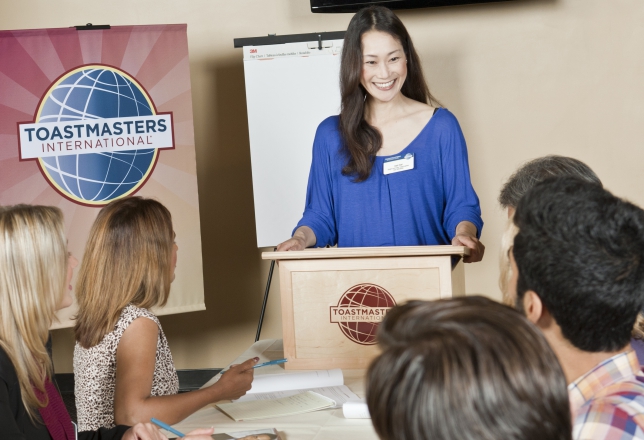 On 18 May, Riga Toastmasters (RTM) elected the new Executive committee (EC) for the next year (July 2016 to June 2017). The candidates presented their visions on how to improve their club in the future. The main goals being to increase membership, make meetings more accessible to guests, and to popularize the club among organizations that could benefit from presentation and leadership skills.

The newly elected Executive committee of RTM:
Some of the newly elected officers are experienced Toastmasters, while others have just started their journey towards new challenges and experiences in the TMI family. Newly elected VPE Kristine Kamerade (an experienced member herself) has made it her goal to develop the mentoring program at RTM so that every new member has an assigned senior member ready to answer any questions and guide them through their first speeches. The newly elected VPPR and IT Support are working together to reach a wider digital audience with plans to unveil the new RTM digital platform later in the year. One of RTM's founding members, Davids Stasuns, was elected president by unanimous decision. Davids, who has held several positions in the EC before, said on the election evening: "My goal is to see more members involved in the EC and its supporting committees to give everyone the opportunity to further develop their leadership skills and make the work of the EC as efficient as possible." The committee will officially start its work on the 1st of July.
Share:
< Back to News