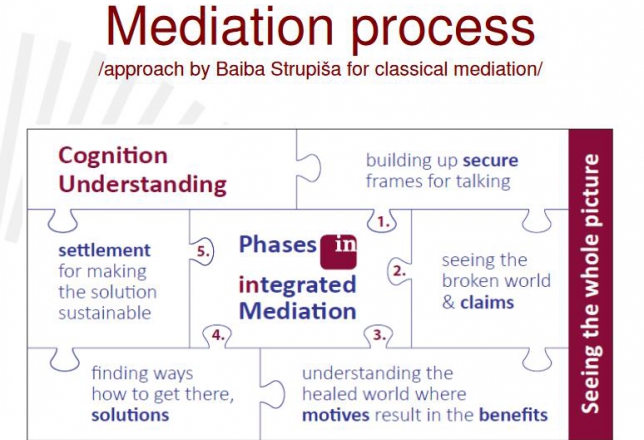 AmCham as an Associate member of the Foreign Investors' Council in Latvia (FICIL), including a number of our members, is actively involved in its working groups aiming at proposing constructive recommendations to the government on a wide variety of issues.

Recently FICIL has come up with an initiative - a pilot project with the Ministry of Finance "Mediation in Tax disputes" - where they are looking for partners among their members.

Background and aim of the project

The aim of the FICIL pilot project is to find and highlight benefits of mediation for tax payers and State Revenue Service, perform mediation within the existing legal administrative process framework (where mediation is not envisaged yet) and on the basis of the pilot project results offer amendments to the legislation in order to introduce mediation as fully legitimate way of handling certain kinds of tax disputes.

The idea for this project is a follow up from our position paper "Facilitating Efficiency of the Court System in 2013" where they suggested introducing mediation principle in Latvian legislation and which in 2014 resulted in the Law on Mediation in civil disputes. In a number of Tax position papers FICIL has asked for introduction of mediation in Tax disputes as well. The mediation pilot project aims to test the idea in practice. The pilot project is discussed and supported by the Ministry of Finance, from FICIL side it is led by Mrs Baiba Strupiša, Eversheds.

Your opportunity to participate

The involvement of FICIL members in this project would mean to provide access to sound tax dispute cases from FICIL members and possibly their clientele to test possibility of mediation in tax disputes. They are looking for cases from within their membership because it is very important that participants of such a pilot would be of sound reputation and business practices. The reputation issue is of a major importance for the Ministry of Finance as well and therefore FICIL's high standards of reputation and business practices have played the major role.

FICIL's initial views on possible tax dispute cases where mediation could help are:

Ministry of Finance and State Revenue Service are supportive of the idea to test the mediation in practice. Also, Council of Certified Mediators have expressed their support by agreeing to service three test mediations free of charge.

If you think that your company or a trusted client has a potential case for testing the mediation in tax disputes, please let us know by 11 October 2016 by sending an email to ficil@ficil.lv. The decision about the eligibility of the case for this pilot project will be taken in consultation with the FICIL board and the leader of the project Mrs Baiba Strupiša, Eversheds.

If you have any questions or would like to receive more background information, please let FICIL know.