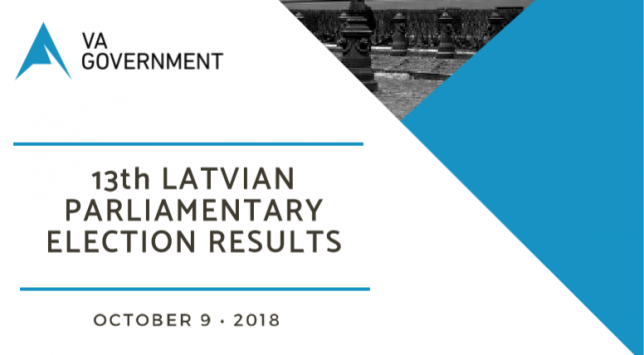 Our member Vladlens Kovalevs, Managing Partner of VA Government has compiled the Report on the 13th Parliamentary election.

The 13th Parliamentary election took place on October 6 and now ahead of us lies the probably the hardest coalition forming as 7 parties have been elected in the Parliament.

This election has often been regarded as, potentially, the most transforming election we have had in Latvia since the restoration of our independence. We would like to believe that this supports an idea that we are in the middle of transformation of the whole political ecosystem and its various stakeholders - be it politicians, civil servants, government relations professionals and others. Political agenda and its actors are changing, and the market has to adapt.