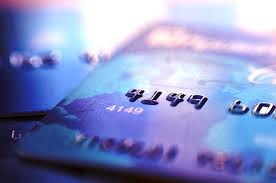 Today AmCham sent a letter to the Prime Minister, Speaker of the Saeima, Minister of Finance calling for a careful review of a draft regulation currently proposed by the European Commission aiming at harmonizing the EU card payment market. The draft legislation intends to foster innovation, cost-effective card payment means and higher security.
AmCham expressed concerns about some measures included in the draft legislation, which may prevent further harmonization, fair competition, consumer protection and innovation, thus negatively affecting Latvia’s card payment market.
Amongst various concerns, AmCham suggested to focus on the following three key issues:
1. Interchange caps for domestic and cross-border transactions
2. Commercial cards potentially included in the legislation
3. Modification of the Honor All Cards Rule (HACR)
AmCham believes that there is no need to repair a system which is not broken, and which does not reveal any market failure. Interactions between market forces, i.e. cardholders, merchants, banks, and other payment stakeholders are sufficient enough to drive the ecosystem to the best tailor-made solutions Latvia has today. Therefore arbitrary intervention, such as some provisions in the EC draft card regulation, may hinder the development of Latvia’s card payment market and could cause unintended consequences for various Latvian stakeholders.
Share:
< Back to News