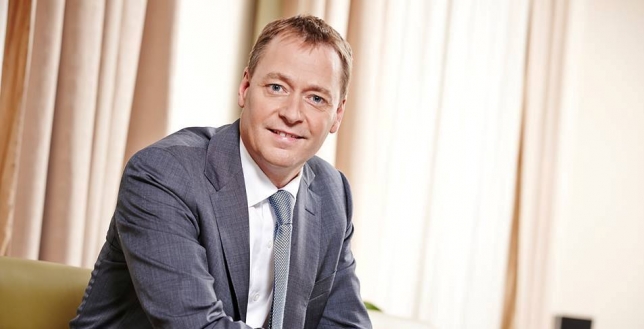 "We are very pleased to announce that Robert Kirkup has agreed to head up the Ventspils Nafta Group. His previous experience as Vitol's Global Head of Sugar, managing a team based in 5 locations over 3 continents, clearly shows his expertise as a professional and skilled executive. By appointing Robert Kirkup as CEO of Ventspils Nafta, Vitol continues to demonstrate its long term commitment to its investment in Latvia, which is a very important and integral part of our business. Taking into account also our contractual commitment and the product flow - at any moment in time we have very substantial investments at stake in Latvia", explains Ian Taylor, CEO and President of Vitol Group, the largest private energy trader in the world.

"I am delighted to take up this position in Ventspils nafta. Over the past three years the whole VN Group has grown tremendously in terms of corporate governance, and the business has strengthened considerably. My task will be to take this Group of companies to a new level of excellence and to build the business further through the development of our long-term strategy", says Robert Kirkup.