57 000 EUR raised for children in Ukraine 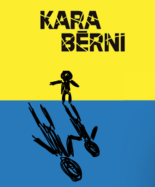 Rotary in Latvia initiated an unprecedented charity campaign for the support of child victims of war in Ukraine. This initiative was supported by Latvian musicians, public figures, as well as many companies and institutions.

The artists and creative team of the event organisers invested their time and talent into participating in a charity concert at Dzintari Concert Hall. The citizens of Latvia and Europe were encouraged to help the child victims of the conflict in Ukraine by purchasing tickets to the concert or donating. 57 000 EUR were raised during the campaign.

Skrivanek Baltic provided free translations of informative materials in several languages for the project Children of War for the support of Ukrainian children, which will encourage everyone to support the children who have suffered from the horror of war.

More information about how the campaign is available here: www.karaberni.lv.