RGSL receives the prestigious Jean Monnet Chair by the EU 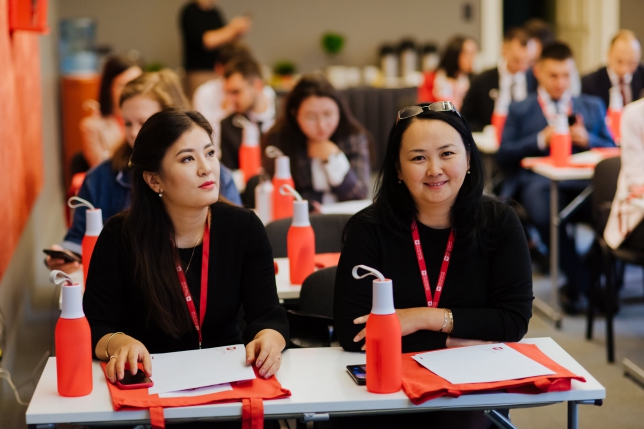 The project EU@RGSL will enhance the academic education and activities in the field of EU studies. Within the EU@RGSL project a special attention will be given to the Advanced and Intensive study programmes in EU Law and Economics where the experience and knowledge of Latvia's integration into the EU is passed over to the young professionals from the European Neighbourhood Policy Countries, Central Asia, the Western Balkans and beyond. Within the framework of the EU@RGSL project, online modules covering EU integration and decision making will be created. The project will continue until 2023.

The Jean Monnet Chair holder and coordinatorat RGSL is Professor Dr. Ilze Rūse, who has been teaching the EU politics and decision making at RGSL Masters programmes since 2009.

Dr. Ilze Rūse is also a senior diplomat at the Ministry of Foreign Affairs and has dealt with the EU issues during her professional career at the diplomatic service of the Republic of Latvia. She has Dr.phil. in Political Science from University of Salzburg, Centre of European Union Studies, 2011, as well as Masters Degree in International Relations from Stockholm University, 2000.

Jean Monnet Chairs are teaching posts with a specialization in European Union studies for university professors, awarded by the European Commission in a highly competitive peer-reviewed process.

The Chairs are named after Jean Monnet (1888-1979), a French politician and diplomat who was an ardent advocate of European integration. He helped draft the Schuman Plan (1950) that underpinned the European Coal and Steel Community (ECSC), a precursor to today's EU. He was the first President of the High Authority of the ECSC (1952-55), which would later become the European Commission.