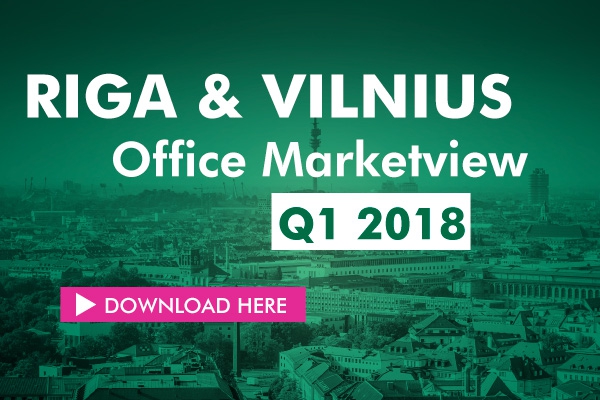 CBRE Baltics has released Riga Office and Vilnius Office MarketView for Q1 2018. In Riga rent levels are stable despite low vacancy and A class developers are showing more confidence, while in Lituania steady demand is tightening vacancy and the developers are boosting the supply pipeline.