Rocky Road: The Investment Chronicle of US & Latvia 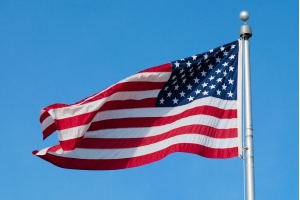 Rasa Gulbe, 3rd Year Graduate at SSE Riga, currently working on a Bachelor Thesis about Factors impacting investment behaviour and income inequality, has written an article in a series "Rocky road" - The Investment Chronicle of US & Latvia.

Financial openness ensures that financial capital can freely flow between countries and boost efficiency and productivity, where it can be properly absorbed, ultimately increasing economic growth (1, 2). Investment flows have been increasing for the past decades, with the development of financial markets, technologies, and global trade (1, 3).

Similar trends can be noticed when it comes to investment flows between Latvia and the US, though in recent years investments have become volatile and reliant on global uncertainty. Considering this setting, how has the investment relationship between the US and Latvia been developing since Latvia regained its independence?

US companies were first to heavily invest in the Baltic region after the states regained their independence, and the flows kept increasing for years (4, 5). Yet, investment plaid a minor role, due to the poor development of financial markets and inefficient usage of foreign financing (most financing was used for consumption and the balancing of governmental budget) (4, 5). The increase in foreign flows that followed was because of reforms related to investment and privatization policies: bank and financial sector development; the development of infrastructure in the region; trade policy changes promoting more openness (a part of which was the joining of a multitude of trade and financial organizations - IMF, NATO, EU); a heavier export focus on western markets (4 - 8). These tendencies ensured foreign investors about the compliance of enterprises and markets to international standards, resulting in a decrease of perceived potential risks, and foreign investment flows started increasing.

After joining the EU (2004 - 2007) a period of rapid economic growth began, as the global markets boomed, financial markets developed, easing and thus increasing investment (12, 13). During the period a steady monetary policy attracted investors as an indicator of low risk, and for US investors Latvia became a market which offered diversification possibility with low risk (5, 12).

From these years onwards, the investment flows from the US have been heavily linked, not only with national developments, but international ones. During the financial crisis, as the US financial market contracted, large disinvestment was noticeable, after which, in 2009, investment returned only once reasonably steady recovery was noticeable, and investor hopefulness grew (14). From the end of 2009, an overall trend of disinvestment in the EU was noticeable, due to slow post-crisis recovery of the financial sectors, stagnating growth, low inflation, limited access to capital (5, 14) and large unemployment.

After stagnating economic growth, recovery was noticeable from 2013 to 2016, as the consumer demand increased, becoming one of the main boosters of economic development, uncertainty about the future decreased (8). Policy changes (tax reforms benefiting small enterprises and easing the establishment of new businesses) paralleled with relatively inexpensive high-skilled labour, while boasting some of the lowest tax rates in Europe, caused Latvia to become a more attractive environment for doing business (8, 15). In 2015 after joining the eurozone, monetary policy concerns reduced and investment became even easier.