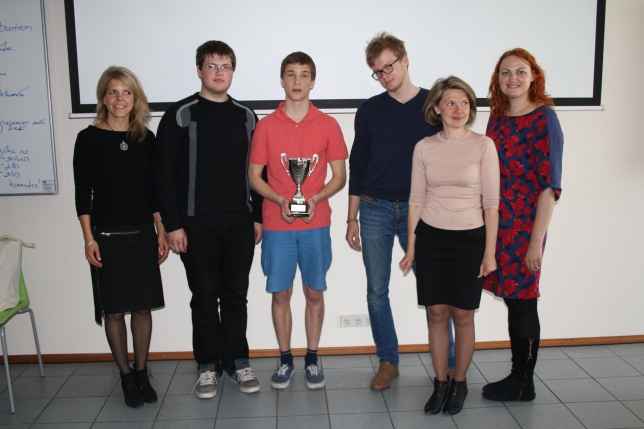 The jury members who were tasked with providing scores for the participants were: Aiga Veckalne, director of Skrivanek Baltic; Tatjana Pafrāte, an English teacher for Skrivanek Baltic; and Sandra Slokenbergs, a representative from the American Chamber of Commerce in Latvia.

VārdZinis 2014 was organised in Latvia for the second year running, after being inspired by the very popular Spelling Bee contests in the United States and elsewhere. The purpose of the contest was to determine which Latvian secondary school students had the best English skills, and also to motivate young people to learn foreign languages. Students of Grades 10 to 12 from all over Latvia participated in the contest, which was organised by the international language company, Skrivanek Baltic, with support from various English-speaking embassies, chambers of commerce, and other bodies.

Skrivanek Baltic would like to congratulate the three winning participants in the contest. Here's looking forward to next year's contest and all its hopeful participants.