Recommendations are to the point and applicable, Latvian PM says 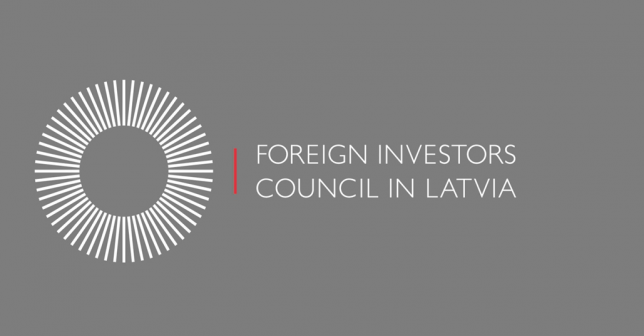 On September 24, the Foreign Investors Council in Latvia (FICIL) met with the Government of Latvia in High Council (HC) to facilitate a top-level discussion forum between foreign investors and the Government. Prime Minister Laimdota Straujuma pointed out that some recommendations provided by the FICIL are very valuable and can be put into practice.

Foreign investors discussed topics of the highest importance such as the quality of workforce, including re-emigration and the education system. They also mentioned higher education as one of the main topics of their concern. To view the presentation on healthy workforce click here and labor market here.

Other topical matters discussed at the HC were the legal system and insolvency process. "It was nice to hear that a lot of work has been done in this regard, but we have set ourselves new goals as well," said the Prime Minister. Presentation on other topical matters is available here.

Other discussed issues were reduction of shadow economy, improvement of the healthcare system, and work with civil servants. All position papers are available here.

Watch the press conference of the Prime Minister and Honorary Chair of FICIL following the High Council Meeting. Prime Minister Straujuma told media representatives that FICIL's annual recommendations are to the point and applicable in real life. She promised to draw up an action plan to address issues outlined by foreign investors.

FICIL meets annually with the Government of Latvia in HC meetings. The High Council is represented on one side by senior executives from each FICIL member company's headquarters, and on the other side by Latvian Ministers and high civil servants. The meetings are jointly chaired by the sitting Prime Minister of Latvia and the selected CEO of a FICIL member's parent company - the Honorary Chairman.

The HC meetings are intended to facilitate a top-level discussion forum between foreign investors and the Government, to set up structured exchange of information and views between the major investors and the national policymakers. Discussions and resolution from the discussions become part of the Communiqué - a document that structures cooperation and discussions between both parties, to be reviewed during the next High Council meeting.