The Case for Investing in Europe 2016 launched 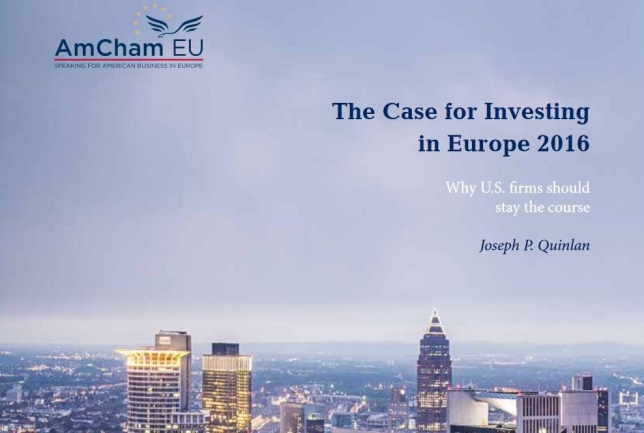 AmChams in Europe launched the Case for Investing in Europe 2016 at the beginning of June. The report by Joseph Quinlan, Fellow at Johns Hopkins, shows that case for investing in Europe remains as compelling today as it has been for the past half century. European countries feature prominently at the top of the list of most business-friendly nations and competitive economies.

The transatlantic partnership is critical to the long-term health of the global economy. In a world in perpetual change, one truss of continuity remains the deep integration of the United States and Europe. It is Europe's size and wealth, depth in human capital, and respect for the rule of law, among other attributes, that makes the region a natural partner of the United States.

The post-war economic integration of the EU is one of the greatest triumphs of the past sixty- ve years. At the core of Europe's peace, reconciliation and prosperity is the fact that no other region of the world has successfully integrated and grown as a single entity like the EU over the past half century.

Notwithstanding some formidable challenges, Europe still remains among the most attractive long-term places in the world for business. Download the entire report here.