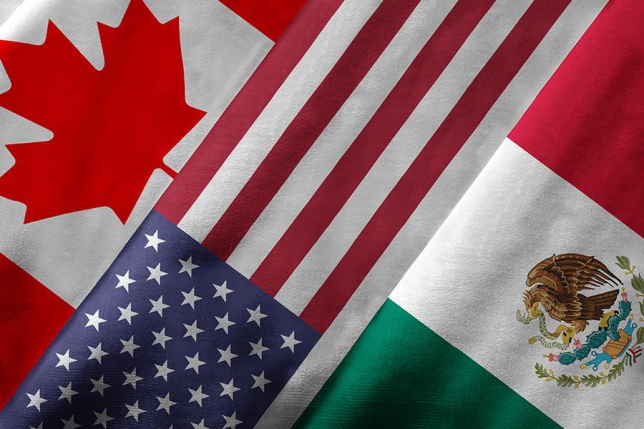 The U.S. Chamber of Commerce's preliminary analysis of the new U.S.-Mexico-Canada Agreement shows "numerous wins" in the areas of digital trade, intellectual property, financial services, and agriculture, however the Chamber is still reviewing the agreement and stopped short of offering a complete endorsement.

The article by Thomas Donohue, President and CEO, U.S. Chamber of Commerce on this issue is available below:

After 13 months of talks, and a whole lot of ups and downs, the U.S., Mexico, and Canada have reached agreement on a successor to the 25-year-old North American Free Trade Agreement (NAFTA). The aim of the new United States-Mexico-Canada Agreement (USMCA) is to bring North American trade policy into the 21st century. Negotiators deserve a lot of credit for working through all 34 chapters and dozens of annexes and coming up with a pact that all three nations could agree on - it was no small feat!

From the beginning of the debate over the future of NAFTA, the U.S. Chamber of Commerce agreed it should be modernized. But we also made it clear that we would vigorously oppose any effort to undermine the underlying deal. NAFTA supports the trillion in trade that crosses our borders with Mexico and Canada every year. And this flow of trade supports the livelihoods of 14 million American workers across our country.

The Chamber's experts are carefully going through the new agreement with our members to assess its implications for U.S. businesses and our economy. But we already know that negotiators got the most important detail right - they kept the agreement trilateral. For a few fraught weeks it appeared possible that Canada could be left out - an outcome that would have been unacceptable to the private sector and dead on arrival in Congress.

Early indicators also show numerous wins for U.S. business including on digital trade, intellectual property, financial services, and agricultural trade. In these and other areas, the USMCA is truly a 21st century trade deal. However, the agreement appears to mark a setback on investment protections and access to government procurement opportunities, issues we will continue to work on.

The U.S. Chamber of Commerce is very disappointed that the steel and aluminum tariffs on Canada and Mexico, along with retaliatory tariffs on billion of U.S. exports, still remain in place. Imposing these tariffs on neighbors does little to address the real issue of Chinese overcapacity. Instead, they only alienate best customers and closest allies. The U.S. Chmaber of Commerce message is clear: Trade works; tariffs don't. The U.S. Chamber will be working overtime to remove these tariffs.