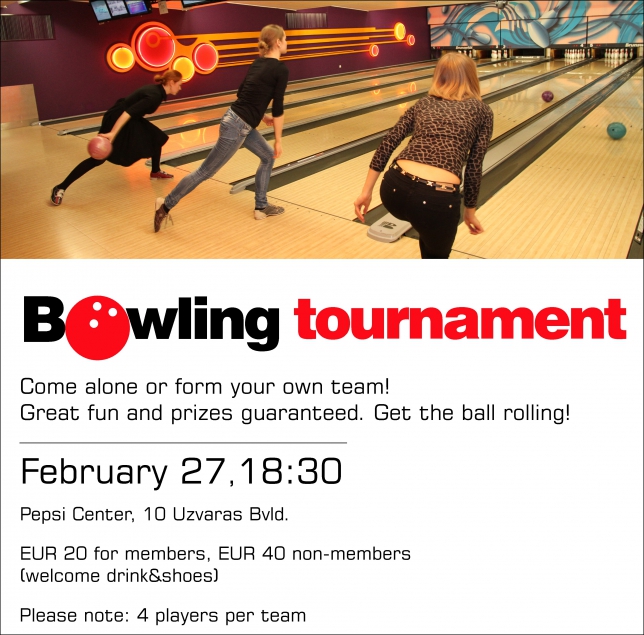 50 participants in 12 teams competed for prizes at the AmCham Bowling Tournament. Each team played two games.
The Annual Bowling tournament was organized for AmCham members and guests at the Pepsi Center on February 27.
This year the title of the winning team, Trophy Cup and prizes were awarded to the team combined of two companies Data Security Solutions and Task Analytics.

Vismands Menjoks of Apply managed to get 3 strikes in a row and was awarded gift cards from Radisson Blu Daugava Hotel and Pepsi Center.

Congratulations to the winners! Many thanks to AVIS Budget Group Latvia, Pepsi Center and Radisson Blu Daugava Hotel for prizes and for a great evening of networking and fun!