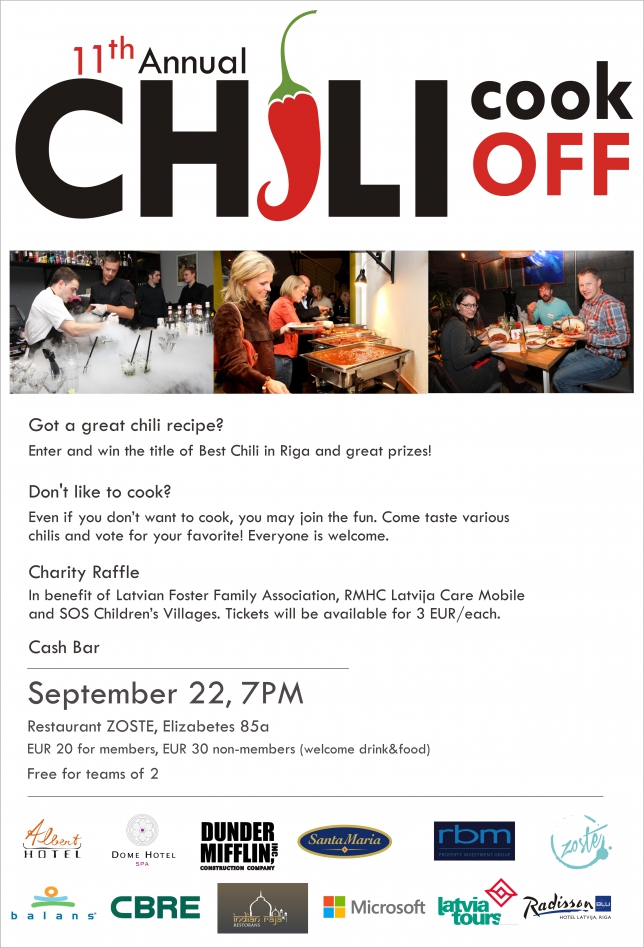 The Geographically Challenged Team, represented by Ieva and Steve Hertel made their Kabul Best Chili a winner at the 11th Annual Chili Cook-Off on September 22 at the restaurant Zoste.

The Geographically Challenged Team received the title Best Chili Riga 2015 and a special Chili Pepper Award. In addition, they were awarded prizes from restaurant Zoste and Santa Maria.

The Albert Hotel team made up of Gints Martinsons and Jānis Krūmiņš won People's Choice Award for their Albert's Favorite Chili.

The jury consisted of expert chili tasters and chefs: Karlis Roberts Celms, Chef and Owner of the restaurant Zoste; Lyn Debevoise, Chief of the Political/Economic Section of the U.S. Embassy; Viesturs John Drupa, last year's winner and Elmars Tannis, Chef and Owner of several restaurants. Judging was done blindly by evaluating each chili by aroma, appearance, taste and aftertaste.

9 teams participated in this year's Cook-Off including: