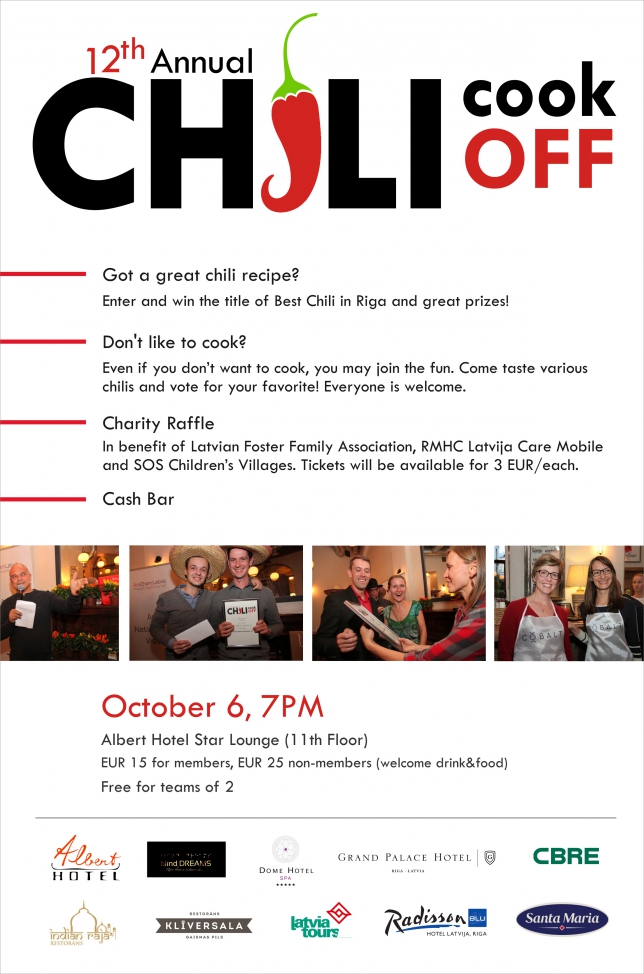 The Albert Hotel Team Al-Chemi, represented by Zane Grīnfelde and Anita Kārkliņa made their Einstein Beef Chili a winner this year. The Al-Chemi Team received the title Best Chili Riga 2016 and a special Chili Pepper Award. In addition, they were awarded a prize from Dome Hotel & SPA.

Judging was done blindly by evaluating each chili by aroma, appearance, taste and aftertaste. The jury consisted of expert chili tasters and chefs:

7 teams participated in this year’s Cook-Off including: