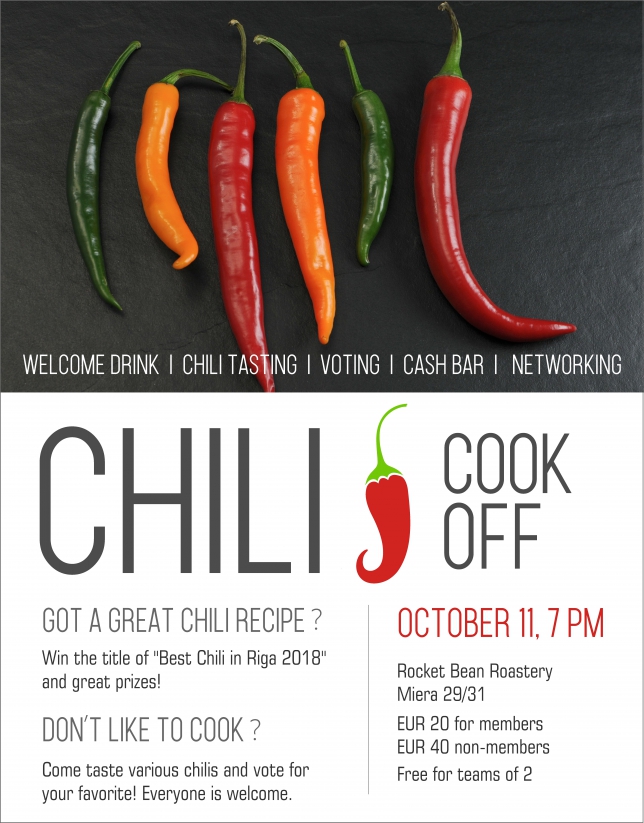 The Chile DeCautina y Plaza team received the title Best Chili Riga 2018 and a special Chili Pepper Award. In addition, they were awarded a prize from Grand Hotel Kempinski Riga.

2nd place was awarded to the Chili Sultans team from Radisson Blu Daugava Hotel for their International Autumn Warmer Chili.

7 teams participated in this year's Cook-Off including: