Top-Tier members meet with the new Ambassador of Latvia to the U.S. 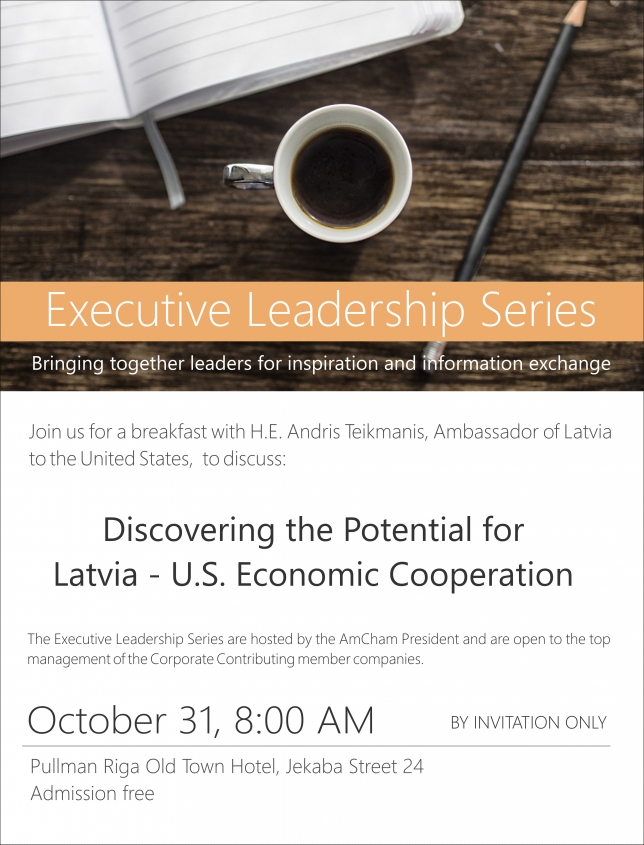 In our November Executive Leadership Series event AmCham Corporate Contributing members met with the new Ambassador of Latvia to the United States H.E. Andris Teikmanis. The Ambassador was also joined by two guests from the Ministry of Foreign Affairs of Latvia, namely, Māra Engelbrehta, Deputy Head of the Foreign Trade and Investment Division and Arvils Zeltiņš, Head of Foreign Economic Relations Promotion Division.

Ambassador Teikmanis and the participants discussed transatlantic trade and TTIP, the future of permanent economic representation office of Latvia in the U.S. and cooperation with the U.S. to improve business environment in Latvia and attract FDI.

The Executive leadership program brings together business leaders from AmCham Corporate Contributing member companies to meet and discuss important developments in Latvia and in the United States, and issues critical for our cooperation.