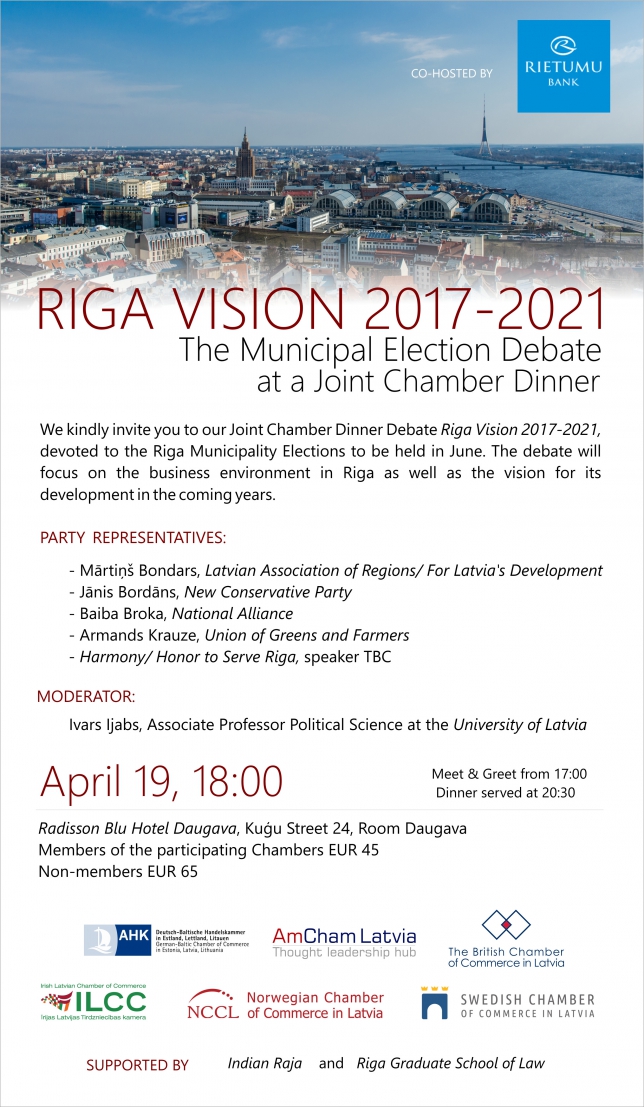 Around 100 members and guests attended the Joint Chamber (American, British, German-Baltic, Irish, Norwegian and Swedish Chambers of Commerce) Dinner Debate on Riga Vision 2017-2021, devoted to the Riga Municipality Elections to be held in June. The took place on April 19 at Radisson Blu Hotel Daugava. Party representatives shared different visions of the development of Riga over the next four years. Furthermore, unifying message of party representatives were towards promoting transparency and efficiency of iga City Council.

Party representatives were as follows:

Party candidates and representatives emphasized different areas, which they asfuture Riga Municipality leaders are ready to improve: the fight against corruption, improvement of business environment, education and public transport systems, involvement of Russian-speaking electorate and demographics. Party representatives informed members and guests about their partys` priorities and development process of their programs.

Ivars Ijabs, Associate Professor Political Science at the University of Latvia provided an overview of the political landscape and moderate a debate among the parties running for the Riga mayor chair. The debate focused on the business environment in Riga as well as the vision for its development in the coming years.

The event was co-hosted by: Rietumu Banka and supported by Indian Raja and Riga Graduate School of Law.