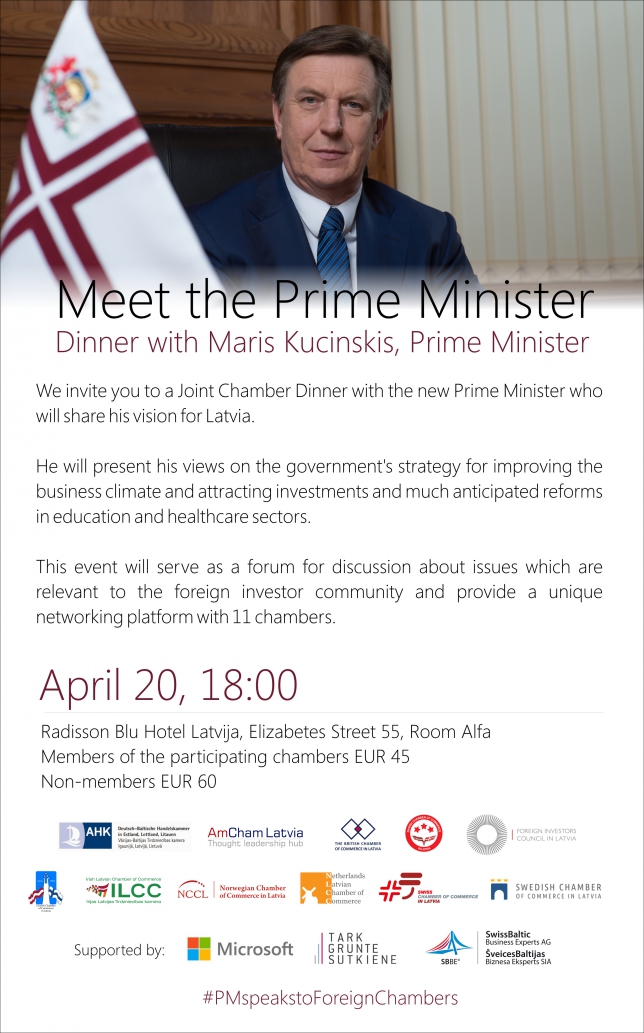 The necessity for strong political leadership in addressing the sustainable development of the Latvian economy was one of the key issues highlighted by foreign investors during the dinner. The Prime Minister was asked to cover areas including the demographic situation, limited availability of labor and status of ongoing reforms in education and healthare systems.

According to Zlata Elksniņa-Zaščirinska, Chairperson of FICIL who served as a modertator, countries and companies increasingly must think how to improve their competitiveness. "If we want our economy to continue to grow, and companies to invest more in the country, then we must act accordingly. Words alone will not suffice. Foreign investors as well as local entrepreneurs want to see strong political leadership, continued reforms and favorable conditions for the country's further development," she said.

Prime Minister Kučinskis spoke on core issues that should be improved in the nearest future: to join forces on improving the business climate, ensure a more predictable and stable tax system, to make budget spending more transparent, tackle the shadow economy as well as complete the difficult reforms in education and healthcare sectors. Regarding the demographic situation, the Prime Minister was convinced that by building a stable and sustainable economy, those who have emigrated would be convinced to return to Latvia.