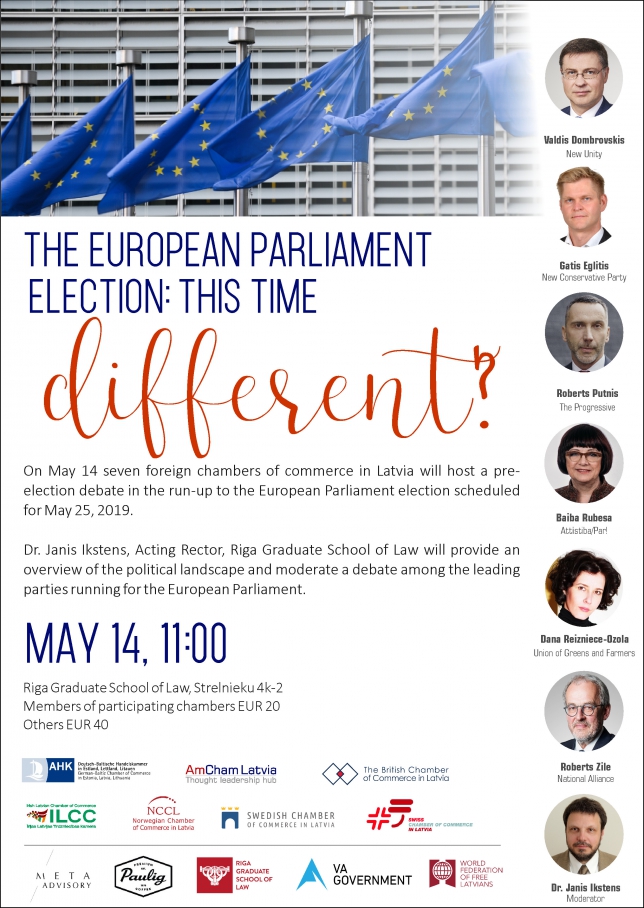 With the European Parliament Elections on the horizon on members and guests of the American, British, German, Irish, Norwegian, Swedish, and Swiss Chambers of Commerce in Latvia were invited to the pre-election debate to meet top-level representatives from six Latvian political parties running for election in the European Union (EU) elections.
This was probably the only debate in the run-up to the elections that took place in the English language. Among the debate participants were Baiba Rubesa (Attīstībai / Par!), Dana Reizniece - Ozola (Union of Greens and Farmers), Gatis Eglītis (New Conservative Party), Roberts Putnis (The Progressives), Roberts Zīle (National Alliance) and Valdis Dombrovskis (New Unity). It has to be noted, that an invitation to participate in the pre-election debates were sent to all political parties in Latvia whose rating according to SKDS sociological survey, released on April 18, exceeded 2%. Neither the social democratic party "Harmony", nor the Latvian Russian Union responded to the invitation to participate in the debate.
The pre-election debate was moderated by the acting Rector of the Riga Graduate School of Law Dr. Jānis Ikstens, who in his introductory remarks highlighted the increasing role of the European Parliament within the EU decision-making framework. The moderator emphasized that the new EP will be in charge of approving the multiannual EU financial framework, which could potentially accelerate or impede the convergence process of Latvia. Dr. Ikstens also pointed at the overall slow growth rate of the European Union in comparison to the United States.

Commenting on the current growth rate of the EU compared to the US and China, debate participants acknowledged the need to increase national contributions to the EU budget, invest more in science and innovation, and stressed the need to reduce inequality both between and within the EU member states. The debate also focused on the EU's core values, the question of fighting disinformation and the Russian information war, and how to respond to and benefit from the global migration flows. On the latter issue, the majority of political party representatives expressed a reserved attitude towards accepting mass migration, instead recommending strengthening external EU borders and continue supporting aid programs in countries of origin of refugees and migrants. During the pre-election debates, discussants repeatedly turned to the question on how to ensure the most effective representation of Latvia's interests at various EU institutions, including the European Parliament. Having only eight out of 751 seats at the European Parliament, it is especially important to elect knowledgeable and experienced professionals who would be able to effectively represent Latvia's interests and at the same time stand strong for the core European values at the European Parliament at these turbulent times, concluded debate participants.
The debate was supported by: 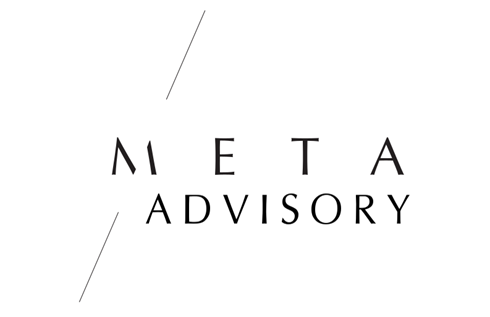