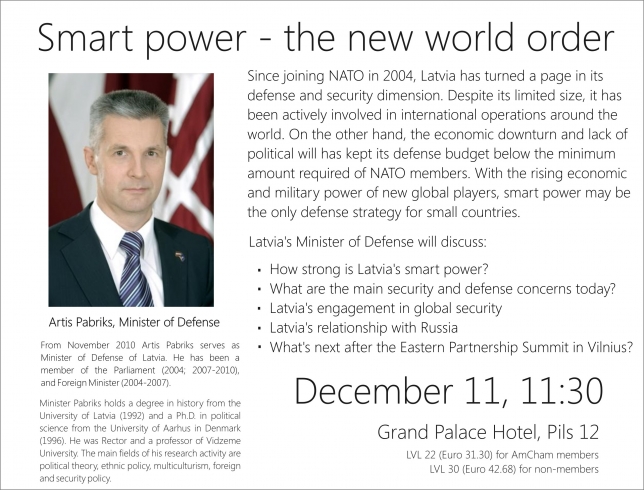 Today AmCham members, guests and representatives of the diplomatic community met with Artis Pabriks, Minister of Defense at the Grand Palace Hotel. Minister Pabriks spoke on the defense strategy of Latvia including the main security concerns, Latvia’s relationship with Russia, next developments after the Vilnius Summit and commented on the latest political developments in Latvia.

Minister Pabriks addressed the main security challenges including Latvia’s defense budget and the military future of the EU.