Doing the right thing, no matter the cost 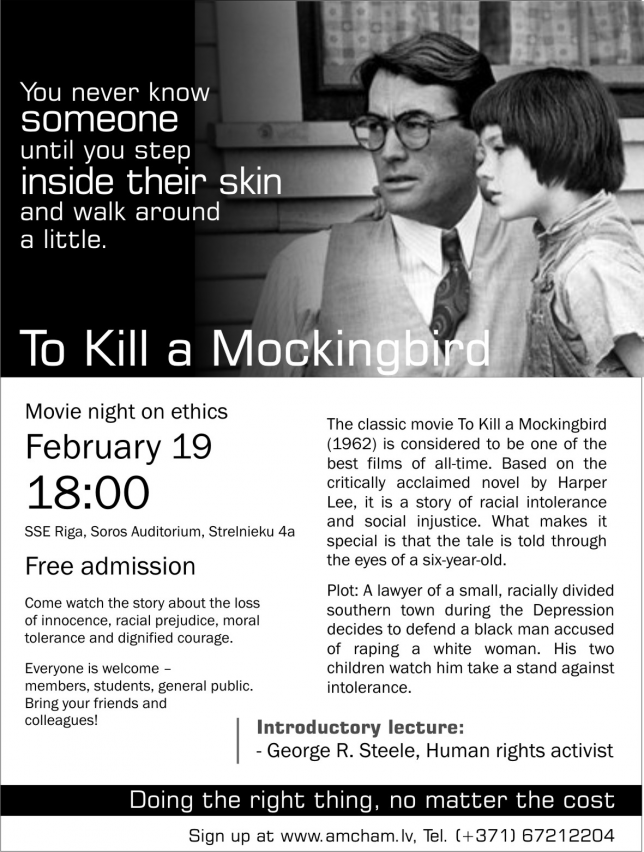 To mark Black History Month, AmCham together with its partners US Embassy and SSE Riga held the next movie night on February 19.
The classic movie To Kill a Mockingbird is often considered the best films of all-time. The movie depicts how African Americans were treated in the Southern States some 80 years ago when they frequently encountered disrespect, poverty and racism. But it isn’t a story about racial prejudice alone. To this day it continues to speak to us powerfully of social justice, equality, courage and honorable manhood.
During the event, Tony Chapman, former US Air Force officer gave a brief introduction of the central themes of the movie. George Steele, founder of the African Latvian Association AfroLat, presented the introductory lecture to commemorate Black History Month in February.