On the way to developing lobbying regulation 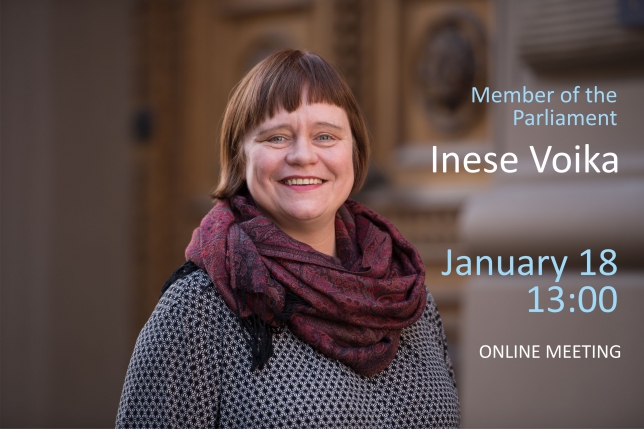 Following members' proposal to support the development of advocacy regulation in Latvia, AmCham organized an online meeting with a Member of Parliament Inese Voika on January 18th.

Advocacy and lobbying are part of a healthy democracy providing a legitimate way for interest groups to engage and support decisions affecting them. Unregulated lobbying poses risks for conflicts of interest and undermines public trust in the government decision making process.

Although there have been several attempts to adopt a law on lobbying in Latvia by the Government of Latvia and the Anti-Corruption Bureau, none of them was successful.

Ms. Voika informed that in January basic principles of the interest representation framework will be approved by the Defense, Internal Affairs and Corruption Prevention Committee of the Saeima. Later on the Committee will launch a public consultation about the basic principles and compile all proposals and the working group will prepare the draft law for submission to the Saeima. The public consultation about the draft law is planned for the beginning of this summer. And it is schedued to forward the draft law to the Saeima in June.

Inese Voika has a 20 year career as a policy expert and NGO activist specializing in anti-corruption and good governance and was elected to the Parliament of Latvia in October 2018 from a a social liberal fraction Attīstībai/Par (Development/Pro).

Inese was the the founding president of the Latvian chapter of Transparency International (TI) and served on the international board of TI. During her career she has worked with the governments of Moldova, Ukraine, Georgia, Latvia, Poland and others, as well as international organizations, such as NATO, Council of Europe, UNDP, OECD and taught at several universities.