Rising sun shines in the icicle 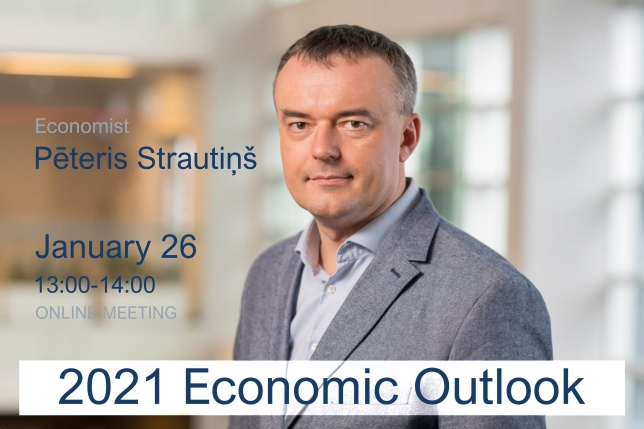 Peteris Strautins, Economist of Luminor gave an overview of the economic forecast for 2021 including economic consequences of the pandemic and the road to recovery for Latvia during our latest online meeting on January 26th.
According to Mr. Strautins, it is becoming clear that in many developed countries fiscal stimulus measures have helped prevent economic crisis or at least hold it over for more distant future. The labor market has been surprisingly strong in 2020 and the unemployment rate increased slower than it was expected partly due to the State aid provided for industries hardest-hit by COVID-19. Industries that were most successful last year were construction and business outsourcing that continued to grow in 2020. In addition, Riga has become a white-collar export area. Huge contrasts were seen in retail market - the goods sector was in more favorable situation than the service sector. People were buying goods mostly in shops as it was not possible to use services provided by the hospitality industry such as hotels and restaurants.
Mr. Strautins added that the timber industry as well as the machinery and engineering sectors are expected to continue to grow in 2021 due to opening of new factories. In particular, Liepaja is expecting the  investment increase and in few years it will be among one of the fastest growing cities in Latvia. He also emphasized that the real estate prices are currently extremely favorable in Riga in comparison to the other Baltic countries.

PĒTERIS STRAUTIŅŠ is Luminor economy expert. He researches development of Latvian economic sectors, especially focusing on export. He also keeps track of what is happening in the labor market, regional development and other aspects of national economy development, which is important for banks in making decisions. Since 2007 Pēteris is working in the commercial bank industry, before that he was a commentator at newspaper “Diena” and specialist of Foreign Relations Department at the Bank of Latvia. His hobbies are traveling, photography, learning languages and natural sciences. Pēteris is a member of Association of Economists 2010, jury of Export and Innovation Award, as well as Creative Board of Centennial of Latvia. He regularly expresses his opinion on versions of platform www.delfi.lv, as well as on other media, about important topics in Latvian and world economy. In 2003 he received an award "The hope of journalism”.