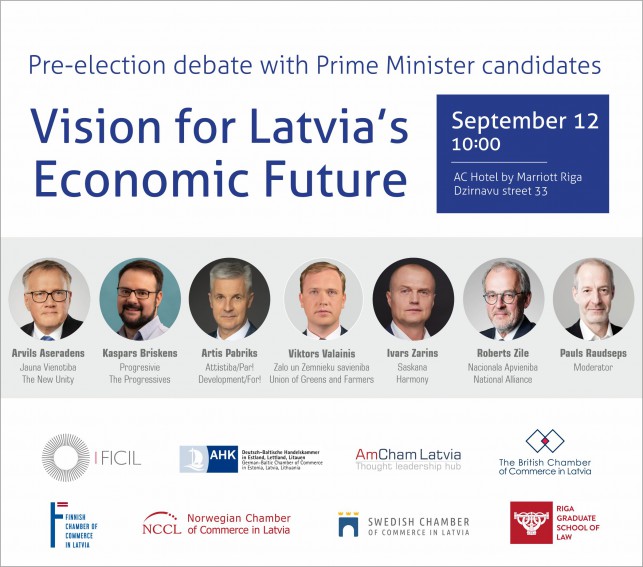 On September 12, AmCham together with the Foreign Investors's Council in Latvia (FICIL) and other leading foreign Chambers in Latvia held a pre-election debate with prime ministerial candidates and leaders of the leading political parties focusing on the critical issues for the development of Latvia's national economy and the attraction and retention of foreign investments such as increasing competitiveness and strengthening the economy under the current geopolitical circumstances.

You are welcome to revisit the event below:

Debate was joined by the following Prime Minister candidates and party delegated representatives from the leading political parties according to the latest polls of SKDS in July:

The debate was moderated by journalist Pauls Raudseps.

The key topic of the debate explored the economic security of Latvia, considering the following key pillars:

The debate provided a unique platform for the international business community to directly engage in a discussion with the parties likely to lead the economic and social development of Latvia for the next four years.