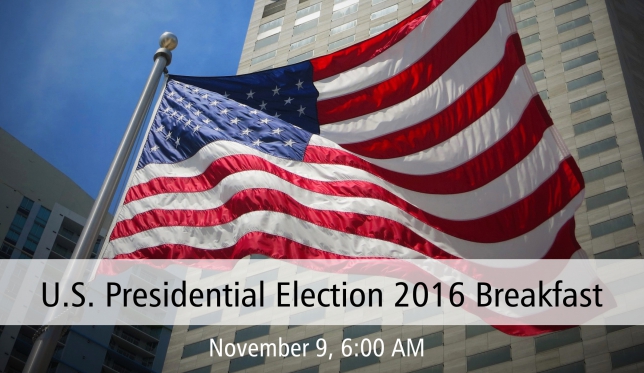 Around 40 members from AmCham attended the U.S. Presidential Election 2016 Breakfast on November 9 hosted by the U.S. Embassy in Riga. Altogether around 500 American friends, journalists, experts, business representatives joined in welcoming the new President. Republican candidate Donald Trump was elected as the 45th President of the United States. Ambassador congratualted the American nation on the democratic election process in the United States that stands as an example for democracies around the world. She stressed the importance of the friendship between Latvia and the United States and reassured that Latvia will remain an important friend and reliable ally.