Microsoft signs contract with US army for 480 mln $ 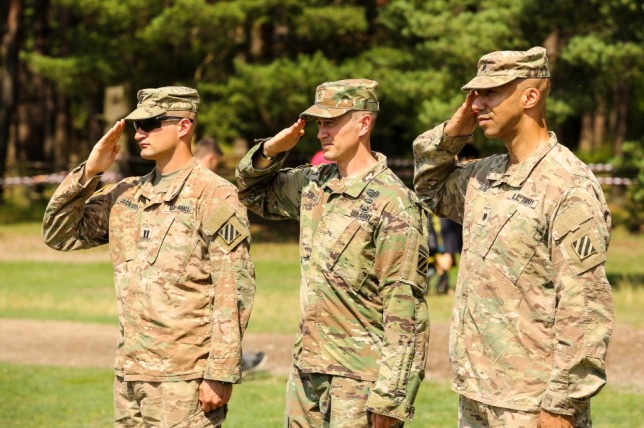 AmCham member Anatomy Next that creates virtual reality-based anatomy education is working to create a gamified educational instrument to simulate first aid. Microsoft signed the deal the US army for 480 million USD and for delivering 100,000 "hololens" VR headsets. They will be used as an educational instrument, letting the soldiers participate in virtual conflicts before gaining the real life experience.

Anatomy Next has invited researchers of Riga Stradins University (RSU) to engage in a virtual reality-based emergency medical simulator that enables military medical practitioners to learn the exact pattern of action in case of various injuries. With the help of a simulator using special glasses, the doctor goes to the reception center of the virtual military medical center, where decisions about the treatment of the victims have to be made, based on the ATLS (Advanced Trauma Life Support) accredited by the USA. During the simulation, the virtual victim reacts according to the manipulations made, and his or her state of health can improve and worsen, for example, if the bleeding is not stopped. Thus, the simulator's artificial intelligence evaluates the ability of a physician. For the training of military medical personnel simulators, Anatomy Next develops on behalf of the US Department of Defense, and will initially be used in the preparation of US military doctors, but could be used in other NATO member states. At present, programming works are being carried out in collaboration with IT specialists from Anatomy Next and specialists of RSU Military Medicine Research and the Study Center.

"This could be considered a disruption of the industry, because even in today's modern age and even the US army is still conducting its first aid education on mannequins in a physical space. Sometimes they're paid actors that are simulating pain." - Sandis Kondrats, CEO of Anatomy Next.

Collaboration that started in late autumn last year has developed successfully and Anatomy Next has involved RSU researchers in the next stage of the simulator development, where this time they will learn the exact actions of the medical staff in sorting the injured before further treatment. These manipulations also have to be done according to a specific US-accredited algorithm, and virtual reality makes it possible to model victims with very different injuries.

RSU Military Medical Research and Study Center was established at the end of 2017 with the aim of coordinating RSU activities in the field of security and defense. Various studies related to the development of military medicine are implemented and organized under the auspices of this center. For example, a scientist at the Center, lecturer at the Department of Biology and Microbiology, RSU. Kārlis Rācenis studies the beneficial effects of artificially induced virus on various bacteriological diseases. The research is being carried out in cooperation with Belgian partners, who already have considerable experience in using this method in the treatment of victims of war, terror and natural disasters.