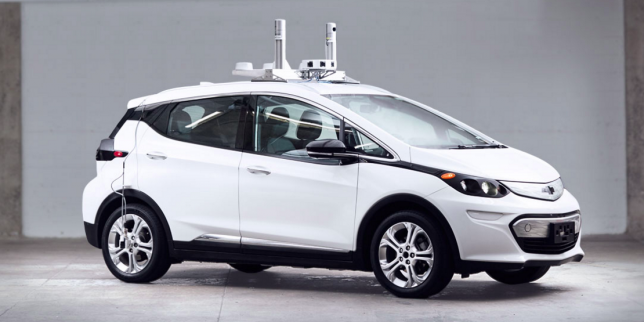 Driverless Cars: The World of Tomorrow

Fascination with smart technology is at an all-time high. Competitive industries must adapt to a constant flow of technological advances. Few markets are experiencing such dramatic shifts as the automotive industry. Driverless car technology no longer looms on the horizon. The technology exists in major cities across the globe. Automakers in several countries project the release of an automated vehicle for mass consumer consumption within the decade. Still, investment into the nascent industry requires a leap of faith. The driverless car industry, albeit ahead of the times, is not without its technological and legal challenges. For Central and Eastern Europe, a region acclaimed for its competitive technological market, 2017 may be the year to take the leap.

The central theme of the 1939 World’s Fair, held in New York, was “Building the World of Tomorrow.” Displays and exhibits projected the state of U.S. highways, architecture, labor relations, etc. in the near and distant future. General Motor’s Futurama Exhibit offered a bird's-eye view of what American highways, cities and suburbs would look like in two decades. Norman Bel-Geddes, the mastermind behind the exhibit, wrote in his book Magic Motorways that the cars of 1960 and “the highways on which they drive will have in them devices which will correct the faults of human beings as drivers.” The display anticipated our obsession with smart technology. It was at Futurama that the notion of the self-driving car became an emerging reality for American society.

Nearly eight decades after Futurama, upwards of forty traditional automakers are in the autonomous car game. As automated driving is increasingly considered the principal technology to combat countless societal problems resulting from the proliferation of automobiles around the world, American automakers lead the race. Of the top ten vendors of autonomous vehicles, three are based in America: Ford, General Motors and Google’s Waymo. Ford and General Motors rank highest. European contenders include the Volkswagen Group, Daimler and BMW, based in Germany, Volvo/Autoliv/Zenuity, based in Sweden, and Delphi, based in the UK.

According to Navigant’s Research recent Leadership Report, the top three contenders in the autonomous car race are Ford Motor Company, General Motors, and the Renault-Nissan Alliance, respectively. Ford and GM are both Detroit-based, and The Renault-Nissan Alliance is based in Japan. The report selected the 18 largest vendors pursuing autonomous cars and analyzed nine criteria including vision, product quality and reliability. It might be surprising that Ford came out on top over tech giants like Uber and Tesla in Silicon Valley. But Ford is a 113-year-old company which already possesses the infrastructure necessary to create these vehicles. GM, too, has been a major name in the automobile industry for over a century. Many European automakers--Daimler and BMW, for example--possess this advantage as well. Their expertise and experience explains their high rankings in the report.

Although the leading automakers in the autonomous car game might be based in the U.S., their projects extend to multiple global markets. In an industry that could be worth an estimated trillion dollars by 2025, it is never too soon to take part. Ford plans to extend its testing to Europe this year after receiving positive feedback from a survey it commissioned on European’s views on the future of autonomous cars. In early 2017, Nissan, which has already tested its self-driving LEAF in both Tokyo and Silicon Valley, conducted a similar trial in London. The company hopes to carry out trials in other European cities as the year goes on. Every major automaker will follow this trend; American and European cities alike are soon to be the testing grounds for autonomous vehicles. Helsinki is among the cities already utilizing driverless car technology; in an effort to solve urban mobility challenges, several universities collaborated with the EU and the local municipality to launch self-driving last-mile bus project Sohjoa. In Baerum, Norway, the country’s largest online grocer has partnered with IT consulting company Acando to test driverless delivery services. Trucking industries will follow suit in adapting to driverless car technology, which would potentially affect productivity and efficiency of shipping. Driverless car technology has the ability to influence practically every industry.

Still, the race to the legal, consumer-friendly automated vehicle is a long one, and automakers face many challenges. It seems as though each week another flaw in the technology lights up the news. In 2016 alone, two separate fatalities occurred when Tesla’s version of the semi-autonomous vehicle, Tesla Model S, crashed, and one of Google’s autonomous cars was involved in a minor accident with a city bus. Nearly every major automaker has made the headlines following technological failures. Such flaws raise the question: Who should be liable when an autonomous car crashes? Liability is only one obstacle automakers face. In a September 2015 article by The Atlantic, Carnegie Mellon University Computer Service Dean Andrew Moore acknowledges that “no one is going to want to realize autonomous driving into the world until there’s proof that it’s much safer, like a factor of 100 safer, than having a human drive.” In order to insure the safety, and therefore the success, of their vehicles, Automakers utilize technology from all over the world, including from Central and Eastern Europe--which, in the last few years, has experienced a technological revolution of its own and now hosts a technological market competitive with that of the U.S.

The risks of the automated car at this still-nascent stage are many. However, the countless benefits of the self-driving car, even a decade or more removed from widespread consumer adoption, are apparent. Among these possible benefits are increases in safety, free time, efficiency and productivity, and decreases in greenhouse gas emission and traffic.

One primary economic advantage of the technology revolves around safety. The potential to dramatically reduce the number of lives lost in motor-vehicle accidents becomes more concrete as technology advances. The National Safety Council estimates that, in the U.S., upwards of forty thousand people died in motor-vehicle accidents in 2016 alone, which is a six percent rise from 2015. The NSC estimates the number of medically consulted motor-vehicle injuries in 2016 to be about 4.6 million. The cost of the resulting property damage, wage and productivity losses, medical expenses, administrative expenses and employer costs in 2016 was 2.5 billion, an increase of 12% from 2015. One of the most crucial features of autonomic cars is lidar (light detection and ranging), which will limit the number of motor-vehicle accidents. According to Carnegie Mellon University’s Andrew Moore, there may even be situations where “a car knows that it’s about to crash and will be planning on how it crashes” to reduce damage. A study conducted by Eno Centre for Transportation estimates that if about ninety percent of cars on American roads were autonomous, the “number of accidents would fall from 6 million a year to 1.3 million, and auto-related deaths would fall from 33,000 to 11,300” (Forbes). This advancement would in turn hugely decrease motor-vehicle accident-related costs.

Other indirect economic benefits of the autonomous car include an increase in free time (the average American driver spent 17,600 minutes behind the wheel in 2016) and the reduction of traffic.  In the U.S., which is ranked consistently in the top five of the world’s most congested countries, reducing traffic levels is a major goal. A recent study conducted by the University of Michigan Transportation Research Institute found a general lack of “trip overlap” between drivers within a majority of households “based on vehicle sharing.” UMTRI’s study projected that in the “most extreme scenario, self-driving vehicles could cut average ownership rates of vehicles by 43 percent.” Not only will average ownership rates drop, but because most major vendors producing autonomous cars partner with rideshare services such as Lyft (partnered with GM), some households might find little necessity in owning a car at all.

An estimated 10 million driverless cars will be on the road by 2020, which hugely affects a number of industries. In 2017, traditional automakers will be making big strides toward these numbers. Ford, America’s highest ranked autonomous vehicle developer, plans to triple the size of its fleet of autonomous vehicles in 2017. Additionally the American giant will begin to test in Europe this year. Central and Eastern Europe is well-established as a global source of IT and software development. Thus, the region should see an influx of economic opportunities coming from the U.S. as top automakers expand production, development, and testing in the next years. The opportunities to buy into the budding market of autonomous vehicles, doesn’t stop at IT, either; any progressive organization that utilizes systems of transport should expect to adapt to driverless technology in the next decade. The World of Tomorrow is here, and the possibilities it brings are endless.

Anna Konradi is a second-year American college student from Dallas, Texas. She attends Washington University in St. Louis, Missouri. Anna is a Howard Nemerov Honors Writing Scholar and plans to major in both International Area Studies and English and to minor in Russian. Her creative writing has been published in multiple journals. Anna was selected to volunteer for the 2016 U.S. presidential debate in St. Louis.  Anna is a former multi-sport athlete who was a McDonald’s All-American nominee in basketball. Anna joins the AmCham Latvia community as a summer intern.