Latvia's shadow economy is not declining 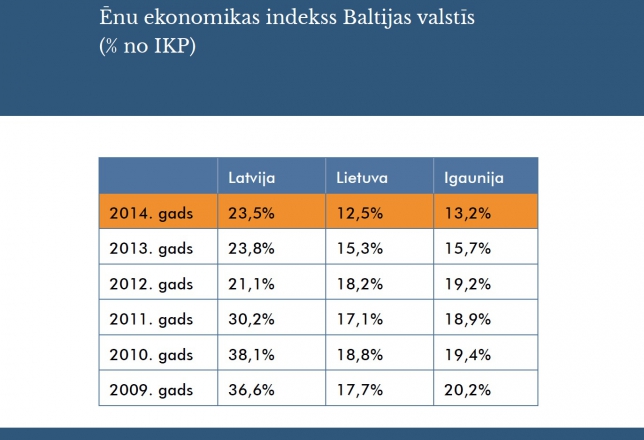 In 2014, Latvia's shadow economy practically remained unchanged compared with the previous year, while declining in Lithuania and Estonia. Such a conclusion has been drawn in the study of the Shadow Economy Index for the Baltic States, which was published on May 13, 2015. The study was carried out by the Center of Sustainable Business at SSE Riga in cooperation with SEB.

"We can therefore conclude that in 2014, Latvia's shadow economy was twice as high as that in the neighbouring countries," says Dr. Arnis Sauka, the author of the study and Assistant Professor of SSE Riga.

The SSE Riga Shadow Economy Index is estimated annually based on surveys of entrepreneurs in the Baltic countries. The Index combines estimates of misreported business income, unregistered or hidden employees, and unreported "envelope" wages to estimate the shadow economies as a proportion of GDP.

To read the entire study in English.