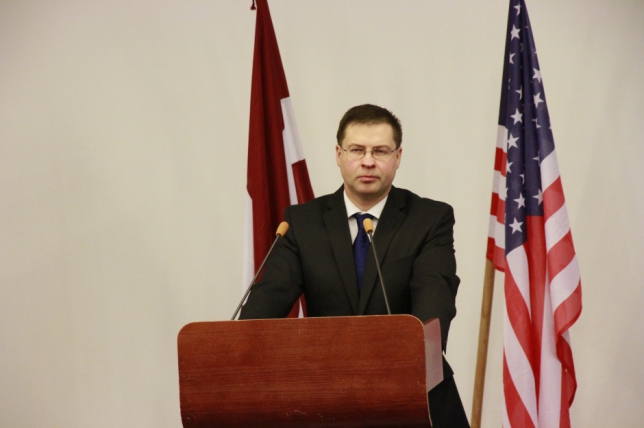 European Commission Executive Vice President Valdis Dombrovskis will be the EU's new trade commissioner and he will also be a Trade Chief to deal with the United States. Mr. Dombrovsksis, who has served as acting trade commissioner since the resignation of Phil Hogan last month, will relinquish some of the current responsibilities in his broad economic portfolio.

Valdis Dombrovskis will take over a packed portfolio that will include:

Mr. Dombrovskis, is an executive vice-president in charge of the euro at the European Commission, the EU's executive arm in Brussels, and a former Latvian Prime Minister. Commission President Ursula von der Leyen named him to succeed Irish native Hogan as part of changes to her team that also include giving Ireland's new appointee - Mairead McGuinness - responsibility for financial services.

"We are currently in turbulent waters as regards global trade, relations with the U.S., relations with China," Dombrovskis said at a conference after von der Leyen's announcement. "We remain committed to the multilateral rules-based international system."