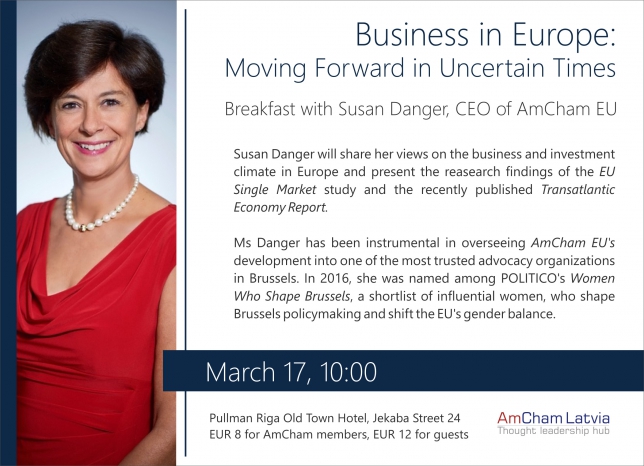 On March 17 AmCham hosted a breakfast meeting with Susan Danger, CEO of AmCham EU. Ms Danger was visiting Riga on the occasion of AmCham Latvia Annual General Meeting and addressed wider audience to present the latest studies on Transatlantic trade and business and investment climate in Europe:

Ms Danger served as Vice-Chair of ‘AmChams in Europe’, the umbrella network of 45 national AmChams across Europe and wider Europe from 2009 to 2014.  Prior to this, she was a Member of its Executive Committee (2005-2008). In 2014, AmCham EU was awarded for the third time, the Trade Association/Professional Body of the Year Award, having previously won the award in 2012 and 2009. Ms Danger was named CEO in 2016.