Latvia - successful in overcoming the pandemic 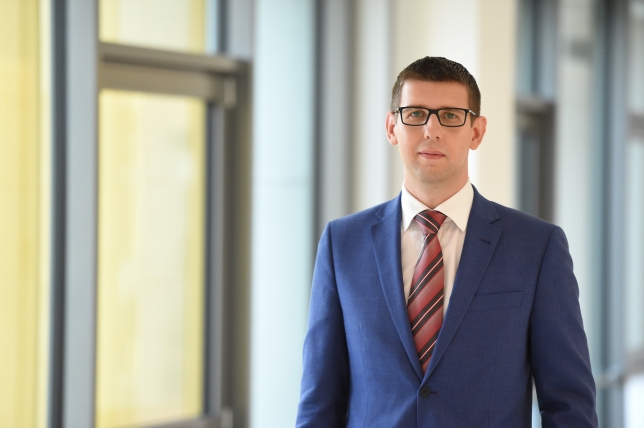 According to Martins Abolins, Citadele Bank Economist, Latvia has succeeded in overcoming the first wave of the pandemic more successfully than most other European Union and world countries, and has the strongest results according to many economic indicators. If Latvia was among the most heavily impacted countries in the 2008-2009 financial crisis, the current situation would be the opposite: the Latvian economy is faring better than average worldwide. This leads us to hope that in the event of a second wave of the Covid-19 virus, and we will be able to avoid a repeat of the previous crisis.
Despite the initial good news, there are also doubts regarding the uncertain future of the spread of the virus. However, there is hope that, thanks to previous experience and Latvia’s strong position compared with other countries, a second flare-up or second wave may be easier to overcome.
It is currently clear that the low point for the Latvian economy came in the middle of April, while recovery in retail in May and June came much more swiftly than expected. Data from Citadele’s payment cards show that the amount spent on goods in June was higher than pre-Covid-19 levels, although spending on services has not yet recovered. Of course, the question is whether this consumption will be sustained or if part of the increase can be attributed to purchases which had been delayed. According to figures published by the Bank of Latvia, during the state of emergency, Latvian households saved 200 million Euro more in commercial banks than normal for the spring months, and we believe that these savings are currently being spent. However, the fast increase in spending points to a smaller fall in GDP, and leads us to hope that the dire or catastrophic economic contraction predicted in the spring will not come to pass.
Our experience thus far shows that other indicators such as mobility and credit card spending point to the Baltics having one the strongest position among EU and world countries. According to figures from Apple and Google, mobility indicators in the Baltics are much stronger than elsewhere, while the consumption dynamic in the Baltics during the pandemic has been surprisingly similar to what we are seeing in the Nordic countries.
At the same time, we must remember that the virus has not ended or disappeared, and the pandemic is not finished worldwide. In many countries, the first wave is still ongoing, however, Latvia and the Baltic countries’ official forecasts of a fall in GDP this year may be too pessimistic. The economy will shrink, but there are well-founded hopes that it will be less than the worldwide average, and I believe that a fall in GDP may be around 4-5% this year. Of course, the biggest risk to the economy is still the possibility of another increase in the spread of the virus. However, we have been comparatively successful in managing the first wave, and we can also evaluate what measures were successful and which were not as successful. Thanks to our own and other countries’ experience, if there is a second wave of the virus, more precisely targeted and less strict restrictions could help to reduce various economic losses.
For example, Latvia and Lithuania had different approaches to limiting business, while the curve of infections and the spread of the virus was fairly similar in both countries. This allows us to conclude that the introduction of strict restrictions on trade as were introduced by Lithuania in the spring may not be necessary. It is also not insignificant that we are currently more practically prepared, because we have access to disinfectant products, face masks, and PPE for medics, while stores, offices and other public places have been set up to adhere to distancing and safety.
The initial downward slide in the economy is over, and Latvia is experiencing some sort of a V-shaped recovery, wherein a swift fall is followed by a swift increase. Sensible state finances and our position in the Eurozone allowed the government to borrow funds to stimulate the economy during the crisis, while balanced external trade, moderate house prices, and the careful issuance of loans helped keep the internal economy stable.
However, it is likely that recovery will only be partial; it is possible that we will soon be able to reach up to 95% of previous economic levels, but a full recovery will take longer, as not all sectors are able to operate fully or adapt. Among the sectors for whom a quick recovery and a return to full operations is complicated or impossible are the tourism and entertainment industries, as well as the transit sector, which experienced a sharp fall and is still declining. As unemployment continues, consumption dynamics may become less positive. Meanwhile, the situation for construction in the second half of the year may worsen, bearing in mind that many long-term investment projects have been postponed. Therefore, the crisis is not yet over, and we must remain cautious, continue to support the economy, and consider more targeted restrictions in the event of a second wave of the virus.
For more information: martins.abolins@citadele.lv
Share:
< Back to News